The actor is single again, but we’ve heard this one before. He reportedly wasn’t ready to settle down, and he was seen out on the town this week showing how single he is. 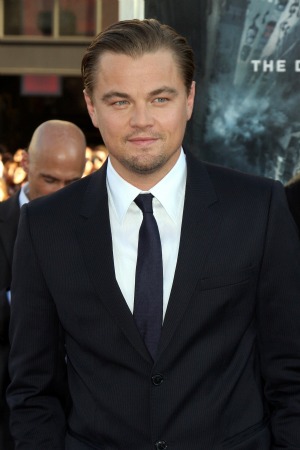 Leonardo DiCaprio is single again, after almost a year of dating his most recent girlfriend. The 37-year-old actor had been dating model Erin Heatherton since last December. When the couple first started dating in December 2011, they seemed to be moving in the right direction. A friend of DiCaprio’s said he felt she might be “the one.”

“A few months back, it seemed like he was really into Erin,” the source told the New York Post. “She’s smart, beautiful and, importantly, got on with his mom. They are still friends. The timing just wasn’t right for them. They still care about each other and remain friends.”

And it looks like DiCaprio was the one who ended the relationship, even though it was because Heatherton didn’t like the direction the couple was moving.

“Erin wanted things to get more serious between them, but Leo is not ready to settle down,” said the New York Post. “While it would seem amazing that he wouldn’t want to settle down with one of the world’s most beautiful women, Leo leads a charmed life.”

But it doesn’t seem like DiCaprio is too upset about the split. He was seen out in New York with friends and many, many girls this week.

“It is believed Leo was with his co-star Jonah Hill at the Four Seasons Hotel as Sandy hit earlier this week,” said the New York Post. “And on Wednesday, he arrived — wearing the same mask — at yet another Halloween bash, with a gaggle of 15 girls.”

Heatherton has reportedly been spending the week in a hotel, after having to evacuate her apartment because of Hurricane Sandy.

It’s starting to seem like Leonardo DiCaprio may become the next George Clooney — the world’s most eligible bachelor who is known for not settling down. But he has been staying busy. Django Unchained will be out on Christmas Day, and the Great Gatsby will be out May 10, 2013.