Jamie Foxx may be the newest addition the Spider-Man franchise, and he certainly acted like it on Halloween by dressing up as the character he is rumored to be playing. 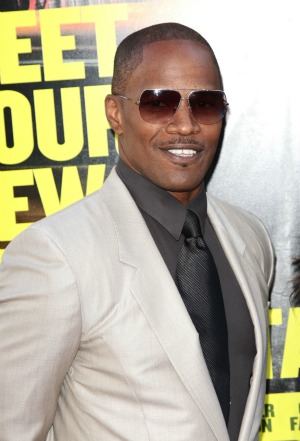 The Amazing Spider-Man sequel just got a little cooler, with a possible addition to its cast. According to Variety, Jamie Foxx is in talks to play Electro, a villain from a Spider-Man comic.

“Electro is the alter ego of Max Dillon, an enemy of Spider-Man who gains the ability to control electricity after being struck by lightning,” said Variety. “Created by Stan Lee and Steve Ditko, the character first appeared in The Amazing Spider-Man #9 in February 1964.”

According to the magazine, after the credits rolled in The Amazing Spider-Man, there was a scene with a “shadowy figure,” suspected to be the next villain. Because the scene was filled with lightning, many suspected Electro would be in the next film. Director Marc Webb is working hard to stay true to the original comic books in this version of the story — a fact that makes Electro an easy guess.

On Nov. 1, Foxx tweeted a hint that he may be playing the character.

“Dressed up as Electro for Halloween last night,” he said. “Costume fits well.”

And Foxx may be a shoo-in for the part, since he is working with Spider-Man‘s studio, Columbia Pictures, on two other major films. Django Unchained is set to be released on Christmas Day and is slated for a major release with the studio next summer. White House Down, also starring Channing Tatum, is slated to be released June 28, 2013.

The actor has been busy with other films as well, including voicing a character in Welcome to the Jungle and a possible return as a voiceover actor for the sequel to Rio.

Andrew Garfield and Emma Stone have both already signed on for the second Spider-Man film, and actress Shailene Woodley is also reportedly in talks to join. The Amazing Spider-Man was released July 3, 2012 and grossed over $750 million worldwide. The sequel already has a release date — it is set for May 2, 2014.