If your sick-day guilty pleasure is an all-day marathon of a certain TGIF show featuring Cory Matthews and Mr. Feeny, we’ve got news that will make your week so much better. Disney is in the process of a Boy Meets World spin-off! 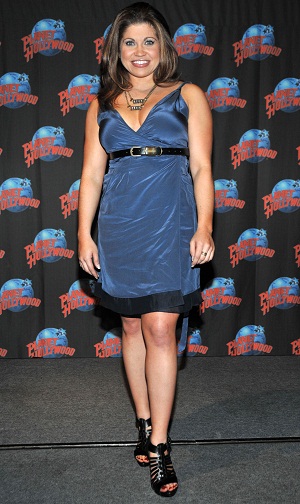 Major news broke over the weekend that will greatly affect the lives 20- and 30-somethings around the globe.

Disney is in talks with Boy Meets World creator Michael Jacobs to bring a spin-off to The Disney Channel. The show’s pending title is Girl Meets World. It would follow the life of Cory and Topanga’s daughter.

When last we left Cory Matthews (Ben Savage) and Topanga Lawrence (Danielle Fishel), the two were newlyweds and about to embark on a move to The Big Apple. After a lot of hemming and hawing, it was even decided that Shawn, Cory’s BFF, and Eric, his goofy brother, would move with them. What more could a new wife want, right?

The show is still in talks. There’s still no announcement on if Fishel and Savage will sign on, and any spin-off of Boy Meets World would be lost without the show’s token lovers. Pulling those two would not only bring about continuity, but also ensure plenty of fans from the original show. Most importantly, you can’t possibly have a show about Cory and Topanga without at least a few guest appearances from Shawn, Eric and Mr. Feeny (William Daniels). Especially Feeny. The boy would have never met the world if it weren’t for him.

If the show comes to fruition, it will fill a big gap in family television. Even with Disney and Nickelodeon, there still aren’t many decent family dramedies on the air. Nearly everything consists of music or silly antics with no real message for kids of the current generation. Boy Meets World prided itself on being a show that addressed real teen and family issues, something it seems we haven’t seen since the way-too-perfect Camdens of 7th Heaven finally derailed in 2007.

Don’t get too excited yet, though. With no one else signed, Boy Meets World fans probably have at least a year before we can see the (newest) Matthews back in action.