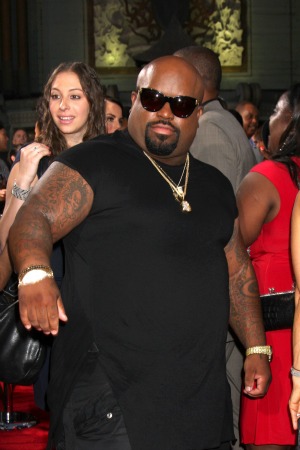 CeeLo Green‘s sexual battery case may have just taken a more serious turn, if the allegations turn out to be true.

TMZ is reporting today that the woman who accused the singer of sexual battery also has a recording of Green apologizing for slipping her a drug after going on a dinner date in July. The accuser does not remember anything beyond having a drink at the restaurant.

She allegedly woke up in bed naked, next to the singer. She did report the incident to her home state’s local authorities, who then transferred the report to the LAPD.

The woman was directed by detectives to make a “pretext” call, in which the accuser tries to get the alleged perpetrator to admit to the crime. Supposedly, Green apologized several times and dropped the word MDMA, or Ecstasy, throughout the conversation. According to the conversation, he thought the drug would make their evening more pleasurable, but it was not clear how the drug was administered.

The detectives are questioning the staff at the restaurant to see if they witnessed anything out of the ordinary as well.

On the flip side, the lawyer for The Voice judge tells a much different story, with the woman hiring a civil lawyer before she went to law enforcement. CeeLo Green’s legal rep also says that the woman asked for money to make the case go away.

There are other rumors floating around. One holds that the accuser’s lawyer called Green’s manager to see if the “Forget You” singer had any sexually transmitted diseases, but that no money was demanded.

Whatever the real story is, the whole thing is a mess, and Green is denying any sexual battery charge.

As he told TMZ, “Nothing ever happened there or anywhere else.”