Easton Corbin has seen major success over the last couple of years. What has it been like for him, and what does he think has helped? SheKnows has the answers straight from the country cutie’s mouth. 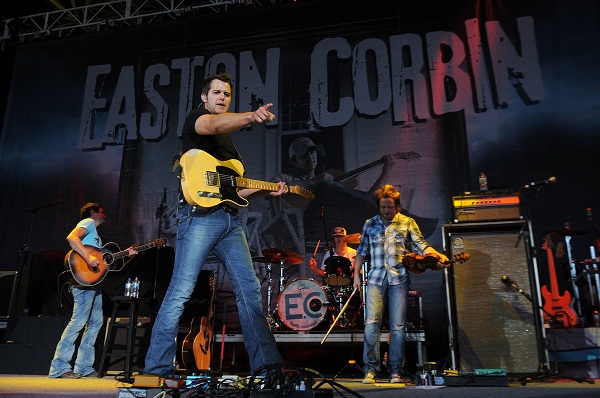 Surprisingly enough, Corbin isn’t from country music’s usual locations. That hasn’t stopped the Florida boy from finding success and a heaping amount of love from country music fans, though. At only 30 years old, he’s already had hits with songs like “A Little More Country Than That” and “Roll with It.”

Tonight at the CMA Awards, SheKnows got the chance to grab Easton Corbin by the arm for a few seconds and talk to him about his new album and his success in the music industry.

In September, he released his second album, All Over the Road, which hit No. 2 on Billboard. It’s been nonstop since then.

“The last two or three months, I’ve been busier than I’ve ever been,” Corbin told SheKnows.

The first single off the album was released in February. “Lovin’ You Is Fun” peaked at No. 6 on Billboard’s country chart.

“The song’s done very well. I’m very proud of it.”

CMA Awards: We predict the winners! >>

Pretty good for a new guy. Excellent for a single off a second album. It looks like there won’t be a “sophomore slump” for Corbin. So, was it easier or harder to make a second album? Corbin says doing what he loves is never hard, but he recognizes that making a second album can be a little more intimidating.

“More and more people are watching you,” he said.

His advice for all those wannabe country music stars? It’s all about “pickin’ songs you love.”