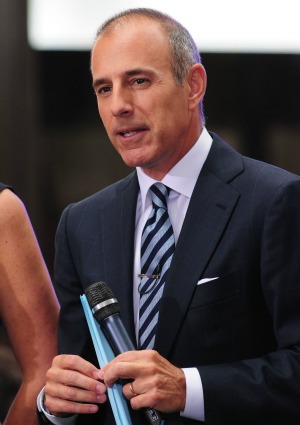 Matt Lauer has endured months of criticism for his hand in the ousting of The Today Show co-anchor Ann Curry last summer, but now he’s out to do a bit of good. Lauer, along with his employer, NBC, is organizing a one-hour telethon to raise money for victims of Sandy.

The special will be called Hurricane Sandy: Coming Together, and it will air live from Rockefeller Center on Friday at 8 p.m. on the East Coast . The show will feature appearances from NBC stars and performances from musicians to benefit the areas hardest hit by the storm.

Some confirmed performers include Billy Joel, Jon Bon Jovi, Bruce Springsteen and the E Street Band and Christina Aguilera. All of the performers have strong ties to the New York and New Jersey area, which was decimated by this week’s weather.

Lauer, who will also host the event, came up with the idea after touring areas of Queens on Tuesday morning. He immediately contacted his boss, NBC Universal CEO Steve Burke, to get approval and make the broadcast happen.

The Today show anchor told USA Today, “We’ve got to do something quickly here. I feared facing a period next week where the focus would be blurred. We’ve got an election coming up, and I feared people affected by this would be pushed to the side.”

The network will use its portfolio of cable networks — including USA, Bravo, E!, Syfy, MSNBC — and its website, NBC.com, to air the event. HBO, Sirius XM Radio and some Discovery Networks will also broadcast the telethon.

The ABC network is not sitting back either. The Disney-owned company is hosting a “Day of Giving” on Monday, Nov. 5, when viewers will be encouraged to donate money to Hurricane Sandy victims via the American Red Cross. The event will kick off early in the morning with Good Morning, America and end the day with Jimmy Kimmel Live!