The two actors are starring in a TV miniseries to come out next month. But for U.S. fans, it may be hard to come by. 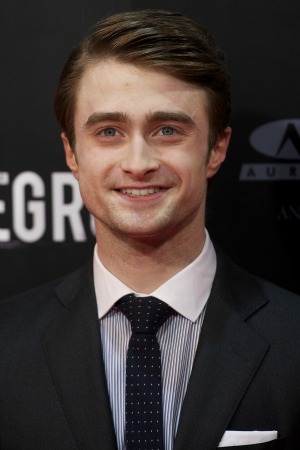 Jon Hamm and Daniel Radcliffe are both breaking free from the characters that have defined them (at least in recent years) by trying new things. And one of those new things has them playing the same person.

That character is in A Young Doctor’s Notebook, a TV miniseries based on a series of short stories by Russian playwright Mikhail Bulgakov.

“Using a sharply realistic and humorous style, Bulgakov reveals his doubts about his own competence and the immense burden of responsibility, as he deals with a superstitious and poorly educated people struggling to enter the modern age,” according to the story description on Amazon. “This acclaimed collection represents some of Bulgakov’s most personal and insightful observations on youth, isolation and progress.”

The two actors end up in the bathtub together because of conversations the character has with his younger self. Chances are, many haven’t realized how much the two actors look like each other, but the promos show them both looking just like the character they play.

“Based on the short stories of Mikhail Bulgakov, the dark comedy will follow Hamm as a post–WWI doctor, narrating the story and interacting with his younger self, played by Radcliffe, as it chronicles his attempts to cover up his self-doubt and lack of confidence,” said Kevin Jagernauth with IndieWire. “Not much else is known about the tone of the show yet, but we’re likely to know more soon, and Hamm and Radcliffe do suggest a promising and lively pairing.”

Hamm said that to play the character, he worked hard to perfect his accent.

“I have been watching Bridget Jones’s Diary on infinite loop, and I think I’ve finally got this accent thing sorted,” he joked to Jagernauth.

The miniseries, which currently has four parts, was shot earlier this year. It is set to premiere in the U.K. next month, but as of now, has no plans to appear in the United States.