The next three Hunger Games films officially have a director as Lionsgate announces its choice for director to continue the series. 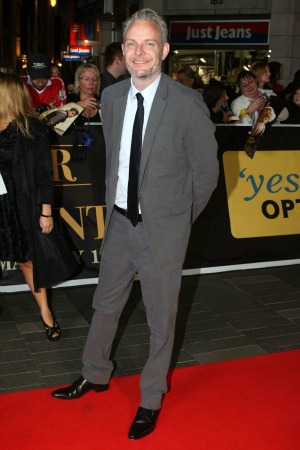 It looks like Lionsgate is happy with the work director Francis Lawrence is doing on the current Hunger Games film because it announced on Thursday that he will continue with the franchise.

The best-selling young adult book series by Suzanne Collins first hit the big screen in March and went on to gross more than $686 million worldwide.

The series focuses on a post-apocalyptic world from the perspective of 16-year-old Katniss Everdeen. The Hunger Games are an annual event where young teens battle each other to the death in a televised broadcast.

The first film was directed by Gary Ross, but it is Lawrence who is taking the next three films of the trilogy. He is known for movies such as Will Smith‘s I Am Legend and Water for Elephants with Robert Pattinson and Reese Witherspoon.

The next film will open on Nov. 22, 2013, and will continue Katniss’ journey as played by actress Jennifer Lawrence, who is not related to the director. She seemed to approve of the second film’s new director as she told the Los Angeles Times, “The new movie will be very real, which is what I’m excited about. I really like [new director] Francis Lawrence’s take, which is a lot of what I liked in Gary Ross.”

Catching Fire began filming in September with the Oscar-nominated actress and Liam Hemsworth returning to their respective roles of Katniss and Gale Hawthorne.