Pascual Perez died Thursday. He was 55 years old. Perez’s brother is coming forward with allegations that Perez may have been assassinated, possibly for reasons stemming from a substantial Major League Baseball pension payment. 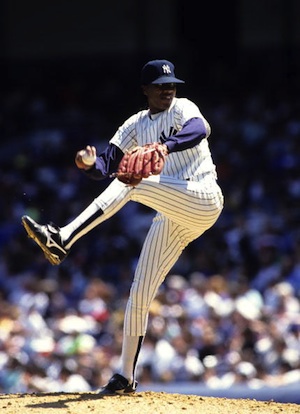 Pascual Perez is dead at just 55 years of age. Perez was killed during a robbery in the Dominican Republic. The former Major League Baseball (MLB) pitcher was an All Star in 1983, and he played for the Pirates, Braves, Expos, and Yankees. Pascual Perez’s career spanned 11 seasons, from 1980 to 1985 and from 1987 to 1991. He was suspended from the league in 1992 because of a positive cocaine test.

The Associated Press reports Perez was struck in the head, but it could not confirm whether or not the injury was fatal.

A local news outlet in the Dominican Republic, Listin Diaro, says the death of Pascual Perez might be an assassination, stating it was “premeditated” and likely “involved people close to [Perez].”

Pascual Perez’s brother, Mélido Perez, was cited as a source for the assassination claim. He explained to the news outlet that Pascual had just received an MLB pension payment of about $4,000. The average income in the Dominican Republic in 2011 was just over $9,000, compared to $49,000 in the U.S.

Local newspaper Hoy states that Pascual Perez was found dead in his bedroom Thursday morning and that the person who found him was his mother, Maritza Montero. She told Listin Diaro that she left Pascual’s home around 9 p.m. and returned by 8 a.m. the next day, when she discovered his body. Both the Associated Press and local news outlets report there are no current suspects.