The ’90s are calling and they want their stars back. In the meantime, we might as well laugh it up. 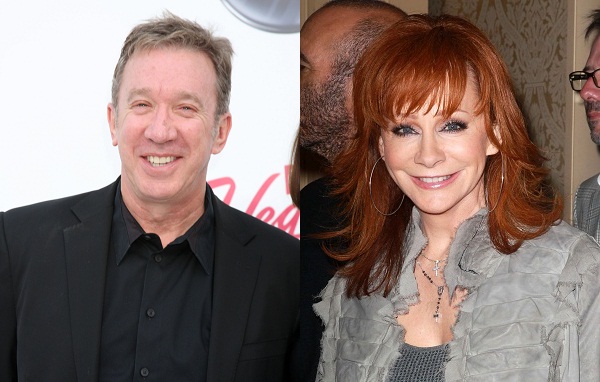 Last year, when NBC announced Last Man Standing, millions of fathers in households full of girls grunted and nodded in appreciation. It was their version of Home Improvement, complete with the manly man father and the hapless but intelligent mother. If Tim “The Tool Man” Taylor (Tim Allen) thought it was rough raising three boys in the ’90s, he should try raising three girls in the 2000s. Oh, wait. He is.

Speaking of the ’90s, we can’t forget Reba McEntire. Sure, Reba, which aired from 2001-2007 (according to IMDb), was a relatively cute show and a decent way to spend an afternoon while playing hooky. And, OK, fine, nearly every little girl from the ’80s and ’90s knows the words to “Fancy.” But we all breathed a heavy sigh of relief when Reba ended. We could only hope McEntire’s break would put an end to her duets with Kelly Clarkson and terrifying amount of cleavage our country music idol liked to show off at awards shows.

But, now she’s back with her adorable accent and the same story line from last time. 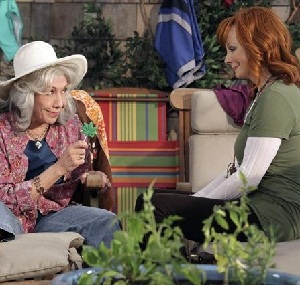 Here’s the gist of Malibu Country: Country star sleeps around. Country star’s wife, Reba, finds out about it. Reba leaves country star and moves the rest of her family, including her mother, to her former husband’s secret love nest in Malibu.

While there, she must learn to adjust to the California way of life, as well as her new life as a single mother. All this needs to be an exact replica of Reba is for her ex and his new lover to move into the beach house next door.

We’re still on the fence with the Reba-ncarnation. Last Man Standing is a cute, funny show with a decent following. That’s certainly a key factor in why they’ve paired it up with the new Malibu Country.

NBC is hoping Last Man Standing viewers will stick around for the funny and sassy Reba afterward. Maybe they will.

We’re willing to give it a try. As long as NBC doesn’t try to bring back the mullet, we’re cool.

Photos courtesy of WENN and NBC