Jodie Foster has broken the streak. For the first time in a long time, a woman will take home The Hollywood Foreign Press Association’s Cecil B. DeMille Award. The award honors individuals who have made outstanding contributions to the entertainment industry. 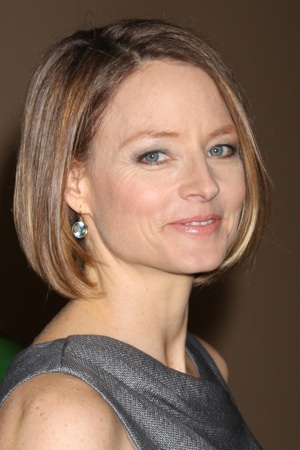 Next year’s Golden Globes will be filled with girl power. Last week, it was announced that Tina Fey and Amy Poehler will co-host the ceremony. And Thursday, we learned another woman will headline the show.

The Hollywood Foreign Press Association has announced the 2013 recipient of their coveted Cecil B. DeMille Award — Jodie Foster.

HFPA president Aida Takla-O’Reilly says, “Jodie is a multifaceted woman that has achieved immeasurable amounts of success and will continue to do so in her career. Her ambition, exuberance and grace have helped pave the way for budding artists in this business. She’s truly one of a kind.”

According to The Hollywood Reporter, Foster’s been acting professionally since she was 3 years old. Now at 49, she has more than 70 credits to her name. She’s one of the few actors to successfully make the transition from child star to adult roles. In the 1970s, she appeared in Alice Doesn’t Live Here Anymore, Freaky Friday, and most famously, Taxi Driver.

As an adult, she’s earned two Oscars and Golden Globes for outstanding lead actress in The Accused and The Silence of the Lambs. By the HFPA choosing Foster, it has shown that women are still on its radar. It has been 12 years since a woman has been honored with the DeMille Award, the last one being Barbra Streisand in 2000.