An original song penned for the Twilight Saga’s final movie, Green Day flashes scenes from the upcoming release in this music video. 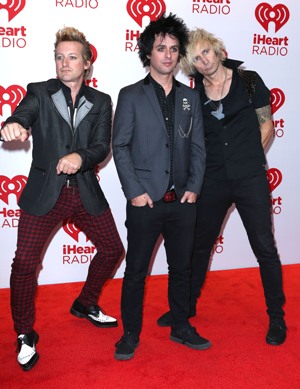 I would be lying if I said you would enjoy this video if you were not a Twilight fan. Because, truth is, you probably won’t.

The visual snippets of the band are of them in concert and recording live, but that’s hardly the main entertainment.

Taken in a old videotape format, the video is a little dreamy, a little reminiscent, and taken to complement the emotions and descriptive nature of the song, which was created specifically for Breaking Dawn — Part 2.

Although the focus is on new scenes from the movie, the way it was created gives a sense of closure. Without saying it directly, it sounds like a farewell to the series and a culmination.

You will get to see Robert Pattinson as Edward Cullen, interacting with his daughter in the film, and Kristen Stewart as Bella Swan, growing as a new vampire and managing her new lifestyle. The focus is on the latest Cullen family members and their bonding.

The slow tempo song is a sentimental guitar string arrangement. The lyrics are applicable to anyone. Although several acclaimed artists (like Ellie Goulding) are contributing to the soundtrack, this is the headlining single — according to Billboard. I was as startled as anyone when I read the band was contributing to the soundtrack — and even more so when I saw this punk rock band intertwined with images of the movie.

Awkwardness aside, watching these characters grow over the years has been something our culture has been forced to endure. Fortunately, I am a fan, and am looking forward to the latest and final installment.

For more editor picks, check out: