Remember last year when half a dozen of the dudes in your office quit shaving for “Movember?” Well, the season of facial hair, where men kick their razors to the curb to create awareness for men’s cancers, is upon us. Here are a few celebs we are hoping will lend their ‘staches to the cause… 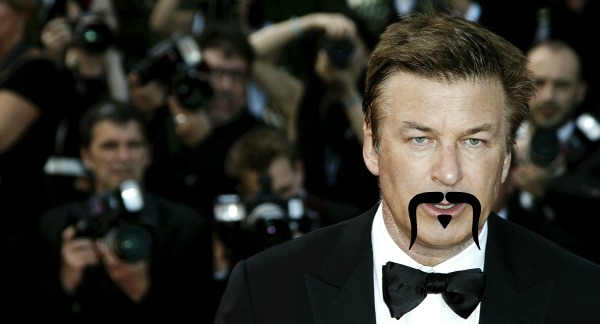 30 Rock king Alec Baldwin is forever whining about, and throwing punches at, the paparazzi. If you can’t beat them (which you can’t without going to jail), then trick them. Alec can accomplish two worthy tasks by growing out a little fancy facial hair — he can disguise himself from the supposed throng of photographers who want to chronicle his every move and raise money for prostate cancer. No need to thank us, Alec. 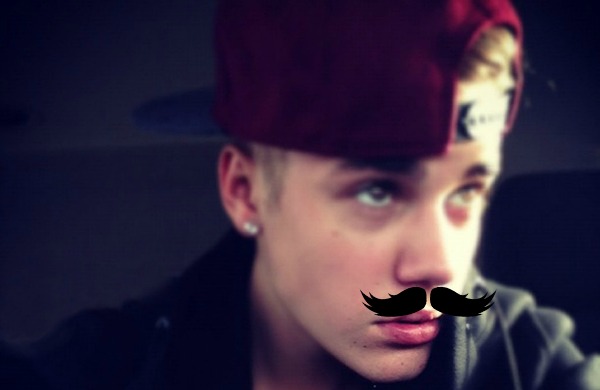 The Biebs could paint a pink elephant on his face and millions of 11-year-old girls would puke with excitement. Since Justin is searched on Google more than “How to find a cure for cancer,” his ‘stache would become a celebrity in and of itself. That is, of course, assuming Justin can grow a mustache…

If Simon lent his famous mug to this cause, it would force us to go from thinking, “What the hell has Simon done to his face,” to “What the hell is growing atop Simon’s upper lip?” Here, we’ve chosen a Genghis Khan look, a figure in history who was also known for his brutality.

With Pattinson’s upcoming release of Breaking Dawn — Part 2 barreling down upon us mid-November, it seems the perfect time and place for one of Hollywood’s most famous faces to celebrate Movember. A well-groomed mustache would also serve as a welcome distraction from his Twilight character Edward’s prominent eyebrows. This does beg the question: Can vampires grow facial hair? 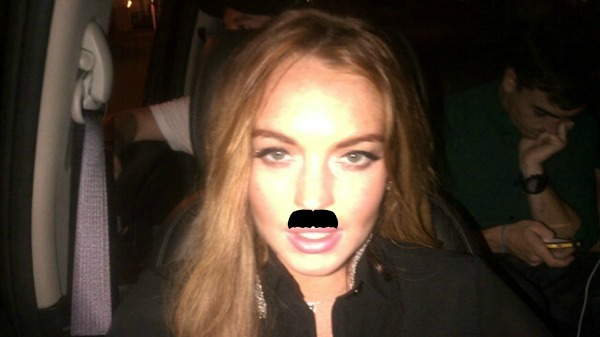 If Lindsay Lohan is going to clutter up headlines and print media with her ongoing tabloid tale de jour, she may as well do something worthwhile with her overexposed mug. Since Lindsay’s publicist quit, and she could use an image facelift, her upper lip would be a good place to start. If Lindsay were to participate in this worthy cause we can go from “What has she stolen this week?” to “Lindsay’s a Mo Bro!” 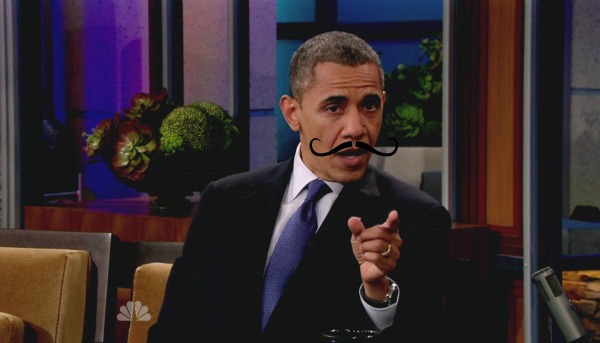 Hurricane Sandy stole a lot of President Obama’s, uh, thunder. If he wants to get back in the spotlight, our commander in chief might consider letting his facial hair do the talking. Raising awareness for men’s health issues, without saying a word, may sway undecided voters. It could happen. Hopefully, his campaign manager is reading this and putting it in his “awesome ideas/why didn’t I think of that” suggestion box. 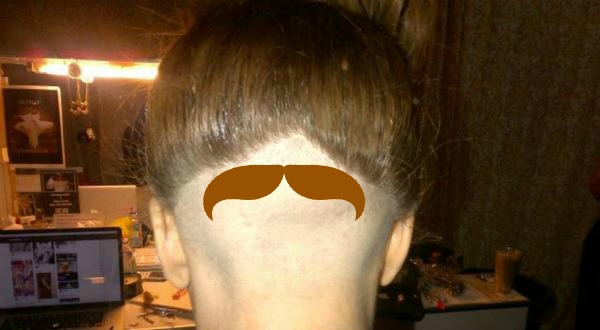 You may have missed Lady Gaga’s release of “Stache” where the lyrics ask, “Where’s my ‘stache?” In this electronic ditty, Gaga is referring to wacky-tobacky (all of a sudden that meat dress makes a lot more sense), but for Movember we prefer the double entendre. LG is an advocate for many worthwhile causes, and we think her oddly shaven head is the perfect billboard for cancer awareness. You saw it here first.

Men’s health issues are no laughing matter. We love the men in our lives! Check out the deets on this super-cool campaign at www.movember.com.