The singer had big news today. She will be traveling to seven different countries to promote her new album, Unapologetic, as well as releasing an “executive platinum” version of the album for $250. But will anyone pay that much? 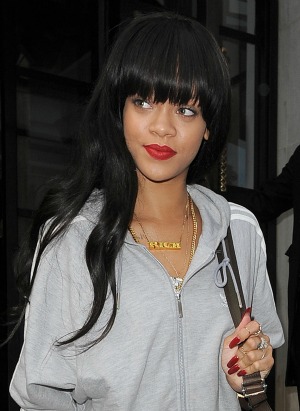 Rihanna announced some big news today and some big things in her future. Starting Nov. 15, the singer will embark on a new tour, but it won’t last long. The “777 Tour” will hit seven countries in seven days.

But the singer won’t be alone on the tour. According to MTV, she will be joined by a group of her fans, known as the “Rihanna Navy.” She also announced that “an international press corps of over 150 journalists” will be joining her for this tour.

“It all leads up to the release of her new Unapologetic album — available in a variety of formats,” said MTV, “including a $250 ‘executive platinum’ edition, which includes remixes, a ‘handwritten, personal note,’ a T-shirt, a custom-made View Master and a host of other sundries — on November 19.”

Of the seven dates, Rihanna has only announced a U.K. show. But if you miss the tour, not to worry. Just after she performed at the MTV Video Music Awards, the singer announced a 2013 tour that will kick off in March in Buffalo, New York. The tour will take her all across the United States and Canada before ending up at the Barclays Center in Brooklyn, in May.

Weeks before her album is released, it is already making waves, with the first single, “Diamonds,” on the Billboard Top 100 chart now. According to MTV, it is Rihanna’s 23rd top-10 hit.

Before the tour starts, the singer will be making a trip to New York to promote her new album. She will be making her fourth appearance as the musical guest on Saturday Night Live, coming up on Nov. 10.