You haven’t seen the last of Wilfred. FX has decided to renew the series for another season. The comedy has delivered solid ratings and has earned the support of the network. Co-star Jason Gann must be flipping in his dog suit! 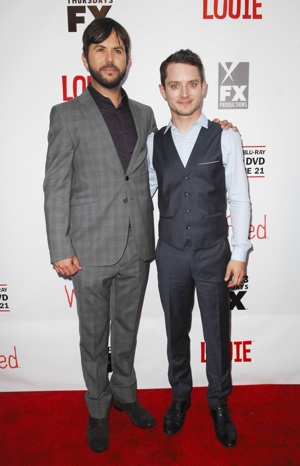 Over the past few weeks, broadcast TV’s been on fire. The four major networks (ABC, CBS, NBC and Fox) have been picking up and dropping shows with blinding speed. Now, it’s time for their cable competitors to get in on the action.

According to TVLine, FX has renewed Wilfred for a third season. The comedy, which stars Elijah Wood, will return with 13 episodes slated to run next summer.

Elijah Wood’s Wilfred: What’s it all about? >>

Grad released a statement saying, “David Zuckerman has done an amazing job adapting and reconceiving Wilfred for FX. It was his decision to step down from the [showrunner’s] post, but we’re very happy he is going to stay involved with the show. Both we and David have great faith in the ability of Reed and Eli to seamlessly step up and take over the reins. I have no doubt they’ll do a great job.”

Wilfred is an American adaptation of the Australian series of the same name. It was co-created by Jason Gann, who also plays the title character in both versions. Production on the new season is scheduled to begin in the spring. The show is scheduled to return in June 2013.

The second season of Wilfred brought in an average of 2.63 million viewers a week. It also pulled a 1.71 in the target demo of adults 18–49. Apparently, that was enough to keep FX happy.

Are you a fan of Wilfred? Are you excited about Season 3?