What’d John Mayer ever do to Shooter Jennings? A celebrity feud has broken out between the two guitarists, with some good, old-fashioned name calling on Twitter kicking things off! 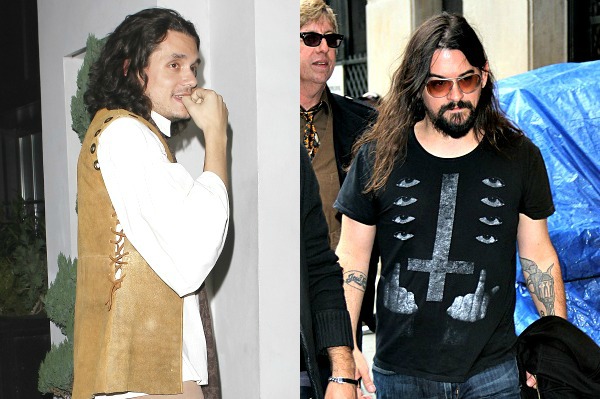 Shooter Jennings is no fan of John Mayer or Katy Perry, it’s safe to assume after a recent string of tweets from the rocker. Blasting his rage out 140 characters or less at a time, the son of Waylon Jennings proclaimed the “Your Body is a Wonderland” singer to be “King Douche” on Wednesday.

“I love how the ‘neil young of our generation’ self-naming king douche grows his hair out + buys a place in Montana just to do [Rolling Stone] article,” the 33-year-old tweeted, kicking of a string of messages.

The two are parents of 1-year-old son Waylon Albert “Blackjack” Jennings and daughter Alabama, the latter of whom will celebrate her fifth birthday next month.

Softening his tone just a bit, Shooter Jennings added, “Sorry to s**t talk. Lord knows not everybody likes my a**. But seeing that RS in my friggin bathroom & reading the narcissistic drivel.”

So far, no word from John Mayer in reply to Shooter Jennings’ tweets.

Is Shooter Jennings so right or so wrong about John Mayer?