The actor who played Luke Skywalker in the original Star Wars films found out about the sale of Lucasfilm along with everyone else, on the Internet. But Lucas had let him in on his idea of making three new films. 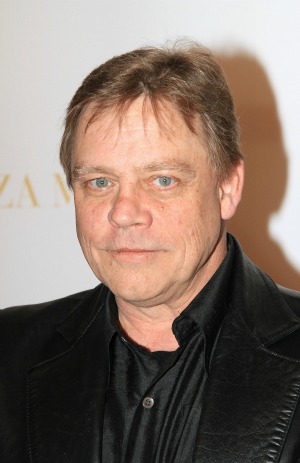 Mark Hamill spent at least three years of his life working on the Star Wars films, but it looks like Luke Skywalker himself was as shocked about the sale of the franchise to Disney as anyone else. Tuesday, creator George Lucas announced he would be selling Lucasfilm to Disney for $4.05 billion. Hamill spoke with Entertainment Weekly about the news.

“Oh my gosh, what a shock that was! I had no idea that George was going to sell to Disney, until I read it online like everybody else,” he told EW. “He did tell us last summer about wanting to go on and do [Episodes] VII, VIII, and IX, and that [newly appointed Lucasfilm president] Kathleen Kennedy would be doing them.”

Hamill said that he went to lunch with Lucas this summer and knew he would be hearing some sort of news, but he wasn’t exactly sure what it would be.

“I thought he was going to talk about either his retirement or the Star Wars TV series that I’ve heard about,” Hamill said. “So when he said, ‘We decided we’re going to do Episodes VII, VIII, and IX,’ I was just gobsmacked.”

Hamill also said he knew that if there were going to be a TV show, he wouldn’t be in it because chronologically, it would have taken place between the prequels and the three movies he appeared in. Therefore, Luke Skywalker would have been anywhere from a “toddler to a teenager” at the time of the show in the Star Wars story arc. That means another actor would have played the part of Luke.

Lucas didn’t tell Hamill many details about the upcoming films, but he did say he wouldn’t be directing them. Hamill said Lucas ended the conversation by saying, “Now you can’t tell anybody!”

The director spoke with The Los Angeles Times in 2008 about the possibility of carrying the story past Return of the Jedi.

“I get asked all the time, ‘What happens after Return of the Jedi?’ and there really is no answer for that,” Lucas told the newspaper, according to Entertainment Weekly. “The movies were the story of Anakin Skywalker and Luke Skywalker, and when Luke saves the galaxy and redeems his father, that’s where that story ends.”

Disney announced that the first episode of the new trilogy is scheduled to be released in 2015.