The actor admits to hitting the man after an altercation, but the police say he was justified in his actions. 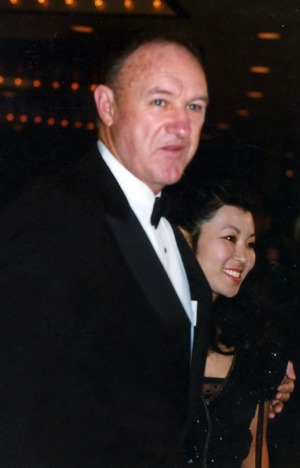 Gene Hackman got into an argument with a homeless man in New Mexico on Tuesday and has admitted to “slapping” him.

“The… Oscar winner admitted to slapping a homeless man across the face,” said E! News, “saying the guy approached him and his wife, Betsy, in a menacing manner and called Betsy a derogatory name.”

The man, identified as 63-year-old Bruce Becker, approached Hackman as he and his wife were leaving a restaurant, said USA Today. Sgt. Andrea Dobyns with the Sante Fe Police told E! that the man called police around 1:30 p.m. on Tuesday, Oct. 30, reporting that he had been “beaten up by Gene Hackman.”

Police spoke with both the man and Hackman, who was still in the area, and determined the slap was in self-defense. Dobyns says the man had no obvious injuries, and no one was arrested for the incident.

“It looked like Mr. Hackman did this purely out of self-defense, to protect himself and his wife,” said Dobyns. “He was afraid that he and his wife were going to be attacked.”

According to The New York Daily News, Hackman may have had a reason to feel threatened. Becker has spent almost two years in the Santa Fe county jail, and he has pleaded guilty to multiple crimes, including arson in 1980, aggravated battery with a deadly weapon in 2008, abandonment or abuse of a child in 2008 and battery on a peace officer in 2009.

The 82-year-old actor (yes, 82!) has somewhat disappeared from the Hollywood life in recent years. He hasn’t appeared as an actor in a movie since 2004’s Welcome to Mooseport. He has been spending his time with his wife, at their Santa Fe residence.