A 32-year-old male escort is saying that he, too, hooked up with Jessica Simpson’s dad, Joe Simpson. 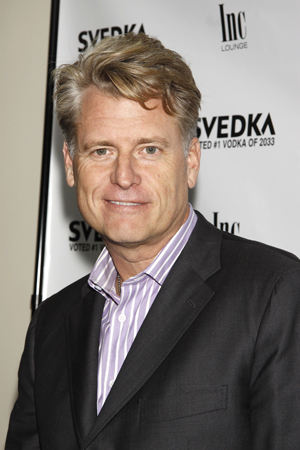 Joe Simpson is trying to avoid some added weight in his life — though unlike daughter Jessica Simpson, it’s not physical weight. The former Baptist minister — now divorcing his longtime wife Tina Simpson — is rumored to have a taste for gay sex, namely affairs with younger men.

The rumors emerged last week when the National Enquirer alleged the elder Simpson had a months-long relationship with 21-year-old model Bryce Chandler Hill.

“Joe got the family together about two months ago and came out of the closet,” a source told the magazine. “He told them that he’d tried to continue in his marriage to Tina, but he couldn’t go on any longer and deny the fact that he had these feelings for men.”

Did Jessica Simpson’s fiancé cheat on her? >>

Hill denied the rumors, though now the Enquirer has a statement from another one of Simpson’s alleged hookups. New York City escort Joey Anderson, 32, told the magazine that the music manager had an “insatiable appetite for sex.

“Over the course of two hours or so, we rolled around, kissed and gave each other oral [sex],” Anderson told the Enquirer of their tryst at the Mandarin Hotel in NYC, adding that he was paid $600 for his “time.”

“Whatever the case, I’m probably not the only one. After being a family man, and a religious one to boot, for all these years, I’m sure he’s out sowing his wild oats with a bunch of boys,” Anderson added.

“Joe has lived a lifetime of deceit regarding his sexuality. Before the dust settles, I wouldn’t be surprised to hear about more guys coming forward.”

That’s not all, of course. Another source alleges Tina just found out about all the cash Joe lavished on his younger partners.

“Soon after Joe confessed that he was having an affair with Bryce, Tina wanted to retrace his steps,” a source told RadarOnline.

“She asked David, who looks after their business ventures and their joint account, to look at what transactions Joe had made,” the source continued.

“Over a 12-month period, Tina saw that Joe was splashing thousands of dollars in designer stores in New York and Los Angeles, staying in luxury hotels and buying tickets for concerts. They were secret purchases he had made without telling Tina!”

“What was worse, the money that Joe had freely spent on Bryce was from a mutual account he shared with Tina. She was livid, so (she) asked him what he spent it on and he admitted he was gifting Bryce.”

Do you believe any of these gay Joe Simpson rumors?