The gaming commissioner’s son just got kidnapped and is being held for ransom. But, there’s no need to fear. Ralph Lamb is on the case and he does not negotiate. 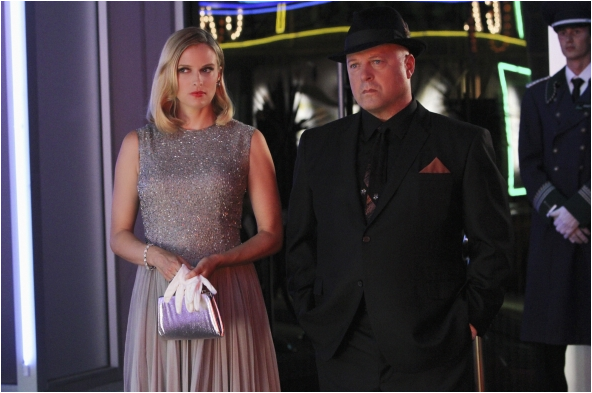 It’s easy for a gaming commissioner to make enemies in Vegas, especially when they turn away wannabe casino owners who have mob affiliations. So, when Milton Larson’s young son is kidnapped, Vincent Savino’s (Michael Chiklis) door is the first one Sheriff Lamb (Dennis Quaid) knocks on for answers. Of course, Savino doesn’t hand over any information, but I would like to think he would have if he knew something. Even gangsters have children, and I think Savino may be turning over a new leaf.

You see, these days Savino isn’t interested in trouble. In fact, he’s doing his best to go legit. And that’s probably because he has a beautiful wife and children back in Chicago that he’s promised he would go straight for. Did you know about his wife? Me, neither. But, Laura Savino (Vinessa Shaw) is in town for a visit and Vincent is doing his best to persuade her to move to Vegas and have a real life with him.

So, he has a meeting with an investment banker and seals the deal on a partnership for the Tumbleweed. He will expand his business and it will be on the up and up. But, will that be enough to convince Mrs. Savino that they are no longer in danger of being gunned down at any moment? He can wine and dine her and try to distract her with the bright lights of Vegas, but she can still spot the bullet holes in the back of his car. She loves him. That part is obvious from the way her eyes glistened when she talked about him. But there’s no way she’s moving if it will put her in harm’s way. 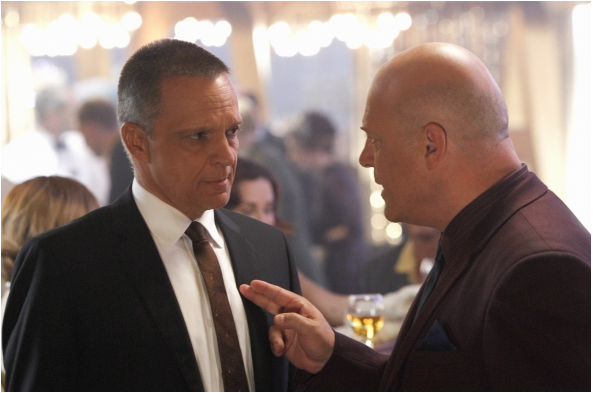 Meanwhile, Sheriff Lamb continues his search for the Larson boy only to discover it was the boy’s uncle behind the kidnapping. He owed money to some bad men and instead of going to his wealthy brother for help, he plots a ridiculous kidnapping plan where the kid was just supposed to watch TV and eat ice cream all day. But, of course, the rag tag team of ex-military kidnappers flipped the script and planned to kill the boy anyway. The uncle obviously didn’t see Ransom. Someone always dies in the end.

After roughing up the uncle a little, Ralph gets the information he needs to find the kidnappers before the kill the boy. And this time, Jack (Jason O’Mara) takes out the villain with a sniper rifle and Ralph saves the boy. Another case closed for the Lamb brothers.

They may make good partners and have each others’ back in gunfights, but these two brothers sure have been butting heads on more personal matters. This time it was about Ralph’s son. Jack thinks Dixon (Taylor Handley) should be allowed out in the field more. Ralph, as usual, disagrees. Jack reminds him that there were several years that he raised Dixon when Ralph was out working. And then Ralph, oh so firmly, reminds him who Dixon’s real father is. Ouch. Them’s fightin’ words.