In the age of social media, people can share their every thought with the world. So during a natural disaster, people take to Twitter and Facebook to share their thoughts and fears. Celebrities are no exception to that rule. 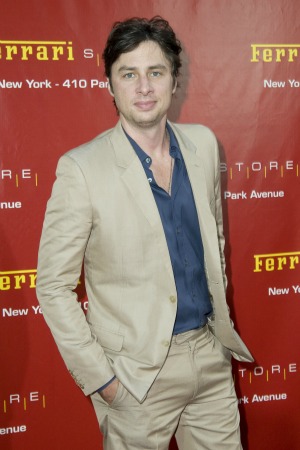 With a massive hurricane headed toward the East Coast, a lot of celebrities took to Twitter this week to share their thoughts about politics, express good wishes for those in the path of the storm and even share their humor with the world.

Lindsay Lohan’s tweet may have been one of the most talked about, since she not only called the storm by the wrong name but told America that preparing for the hurricane simply meant they somehow weren’t being positive enough.

“WHY is everyone in SUCH a panic about hurricane (i’m calling it Sally)?” the actress tweeted. “Stop projecting negativity! Think positive and pray for peace.”

“This ‘Sandy’ who’s on TV all the time and is blowing the entire east coast, I assume she’s a Kardashian, right?” he tweeted.

The world of Twitter had been abuzz much of Monday about the many reporters and forecasters who had been put in harm’s way to cover the storm, and actor Zach Braff took the opportunity to ask one media personality why it had to be that way.

“@andersoncooper why must you be ‘in the storm’ to cover the storm?” he asked. “Also, all hail the silver fox.”

Braff, who was the force behind the movie Garden State, tweeted on Tuesday night about his former home.

“My beloved home state of New Jersey, I am sending you all the love and positive energy I can muster,” he said.

Heidi Klum tweeted on Tuesday about her Halloween plans being canceled because of Sandy. She also posted a photo of her standing in a street in what looks like New York City.

“Hope you & your loved ones are safe after the storm,” she tweeted Tuesday morning. “Canceling my Halloween party… postponing to a haunted Christmas.”

Since many celebrities live on the East Coast, many of them have mentioned something about the storm or have been affected by it. Chances are, they will keep tweeting about the cleanup efforts in the weeks to come.