The singer has beaten her own record, selling over 1.2 million albums in Red’s first week out. 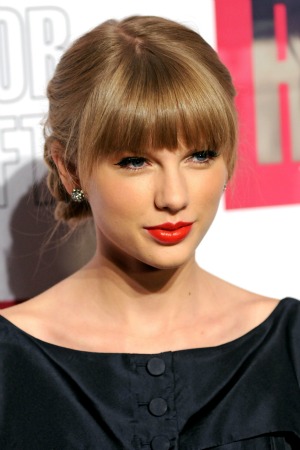 Taylor Swift is one of the biggest artists in the music industry right now, but this time, she has outdone even herself. Her new album, Red — released Oct. 22 — has sold over a million copies in its first week out. Actually, Nielsen SoundScan says the number was right around 1.208 million.

But according to USA Today, Swift didn’t have the best week in history, or even in the decade, although she was close. The Eminem Show by Eminem sold 1.322 million copies the first week it was out, in 2002.

“Red set a single-week sales record at iTunes, where it sold 464,000 copies. At Target, which offered a version of Red that included a bonus CD containing six additional tracks, Swift sold more than 400,000 units — the highest total for any album in the retailer’s history,” said USA Today. “Additionally, Red has sold more than 4.5 million individual downloads, led by 2.4 million-plus copies of single ‘We Are Never Ever Getting Back Together.'”

Swift achieved her previous first-week record with her 2010 album Speak Now, which sold 1.047 million copies in its first week out. According to USA Today, that album went on to sell 4.2 million copies.

Swift also holds another record. SoundScan said only 18 albums have reached the million-sold mark in one week. Swift now has made two of those albums, and she is also the only female artist to accomplish the feat twice. According to USA Today, Eminem, *NSYNC and the Backstreet Boys have also reached that mark twice.

“She’s kind of like the voice of her generation,” Yahoo Music writer Chris Willman told USA Today. “Who else would you use that [description] for, if not her? No one else is as popular and as eloquent right now as she is.”

Lady Gaga‘s 2011 album Born This Way was the last album to reach the million-sold mark in one week.