The sole heir of Whitney Houston’s estate finally knows when she will receive the money her mom left her, and it’s not anytime soon. 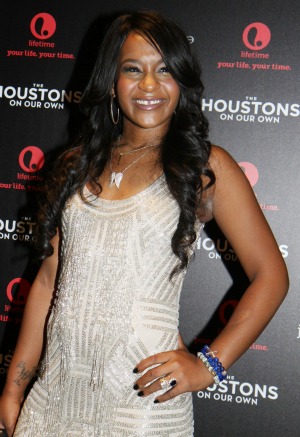 When Whitney Houston died in Feb. 2012 at the age of 48, it wasn’t long before her family learned that her daughter, Bobbi Kristina Brown, was the sole beneficiary of Houston’s estate. But ever since then, Houston’s mother Cissy and sister Pat have been in a battle to delay Brown’s payments, because of her young age.

According to TMZ, the executors have finally come to an agreement on the money. The agreement stipulates that Brown will see 10 percent of the estimated $20 million fortune when she reaches the age of 21, almost 20 percent more when she turns 25, and the rest when she turns 30.

The family felt that some of the people in the 19-year-old’s life might try to gain control of the money, and that is why they wanted to delay payment until she was older.

“Bobbi is currently engaged to Nick Gordon, who Whitney took in as a son when he was 12, and the pair are currently starring in the family’s new reality show, The Houstons: On Our Own,” said EntertainmentWise. “In the first episode of the show, Bobbi and Nick were forced defend their relationship, saying their romance ‘isn’t incestuous.'”

Gordon went a step further to defend the relationship, saying that the three of them (he, Brown, and Houston) were always like “The Three Musketeers,” said EntertainmentWise. He said, “Everyone gets it wrong, I was never officially… it’s not incest.”

Houston’s brother Gary is another of the family members who doesn’t understand the engagement and voiced his concern on the first episode of the show.

“How do you go from being a brother to being a boyfriend?” he said on the show. “It’s a crazy concept.”

But it looks like the family has finally accepted Gordon as a son-in-law instead of just a son, now that Brown’s payment schedule has been set.

“Talking to E! News at their reality-show press junket, Pat said that the couple ‘are friends, they will always be friends,'” said EntertainmentWise.