The entertainment industry stood up and took notice today as Disney announced it is buying the legendary portfolio of filmmaker George Lucas. 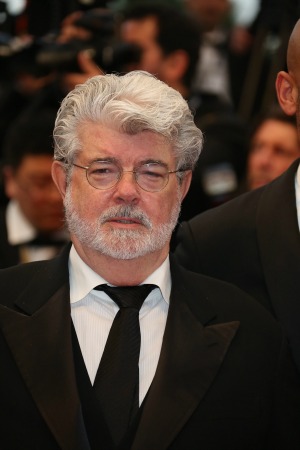 In news that shook the film industry on Tuesday, Disney announced that it is buying Lucasfilm Ltd. for a whopping $4.05 billion. The deal was made between The Walt Disney Co. and San Francisco–based production company founder and chairman George Lucas as a part-cash and part-stock agreement.

The sale includes a huge slate of technology and film history with the rights to the Indiana Jones franchise, the film technology company Industrial Light & Magic, the sound company Skywalker Sound, and the historical Star Wars series. Disney also announced plans to make another Star Wars film aka Episode 7, which will be released in 2015. Episodes 8 and 9 will follow, and the series may even continue beyond the ninth film.

In a statement today, Lucas said, “It’s now time for me to pass ‘Star Wars’ on to a new generation of filmmakers.”

For Disney, this has been a time of huge growth and acquisitions. It acquired Pixar Animation Studios in 2006 for $7.4 billion. This deal included a portfolio of animated films like Toy Story and Finding Nemo. In 2009, the Mickey Mouse company was criticized for overpaying for Marvel Entertainment with a price tag of $4.2 billion. The naysayers were quieted this summer when The Avengers went on to gross over $1.5 billion worldwide.

Disney’s chief executive, Bob Iger, also released a statement touting today’s announcement. He said, “This transaction combines a world-class portfolio of content including ‘Star Wars,’ one of the greatest family entertainment franchises of all time, with Disney’s unique and unparalleled creativity across multiple platforms, businesses and markets to generate sustained growth and drive significant long-term value.”

There will be some executive changes with the new acquisitions, as Lucas will stay on as a creative consultant for the upcoming Star Wars films while Kathleen Kennedy, who currently helms Lucasfilm, will become the division’s president.

Don’t ever doubt the power of the Mouse.