The TV gods have heard our prayers. Community has been pulled out of early retirement. NBC has finally given the sitcom a return date. You can expect Jeff, Britta, Troy and the rest of the gang early next year! 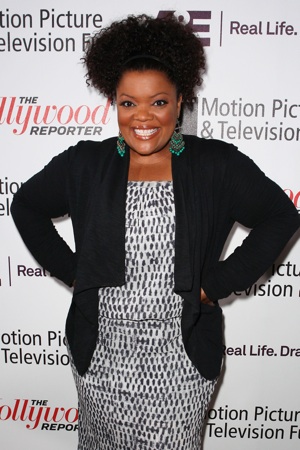 Have we finally left the darkest timeline? NBC has unveiled its midseason schedule and put an end to our suffering. Community is coming back. The series was originally set to return Oct. 19, before the network abruptly pulled it from the schedule.

The good news is that Community lives to make us laugh another day. The bad news is that we have to wait until February to see it. That means nine months will have passed between the Season 3 finale and the Season 4 premiere.

Perhaps we should be happy the show is back at all. It isn’t known for being a ratings juggernaut. The other decision NBC made was returning it to the Thursday-night lineup. Previously, it had been sentenced to Fridays.

Full Community cast back for Season 4 >>

She wrote, “Guys, #Community officially has an airdate: Thursday, February 7th at 8pm!” followed by “February 7th is #October19th! Who knew?! :).”

The first episode of the new season is called “History 101.” The gang will have big shoes to fill, as they’ll be picking up where 30 Rock left off. Community has dibs on 30 Rock‘s time slot, which will be vacated following Rock’s series finale.

For those of you who live further north — i.e., in Canada — you’ll get Community a little earlier. According to The Huffington Post, CityTV will air the Season 4 premiere Friday, Jan. 11. Lucky Canadians!

Are you excited about Community’s return?