Captain America: The Winter Soldier is bringing the heat. Several stars from The Avengers will reprise their roles in the Cap sequel. One of them is Cobie Smulders, playing smart and sassy Maria Hill. 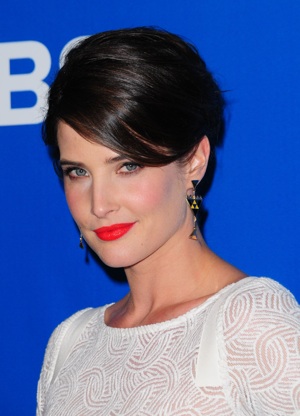 S.H.I.E.L.D.’s Maria Hill is in the house. The special agent has landed a spot in Marvel’s Captain America: The Winter Soldier. The character first appeared in last summer’s The Avengers, where she served as Director Nick Fury’s (Samuel L. Jackson) right-hand woman.

Cobie Smulders (How I Met Your Mother) plays Hill and will reprise the role for Cap’s latest outing. The Winter Soldier will serve as a reunion for her, Chris Evans, Scarlett Johansson and Jackson. The film will also include the introduction of Anthony Mackie, who’ll play Captain America’s sidekick, The Falcon.

Celebrity interview: Anthony Mackie is the “black friend” of Hollywood >>

Speaking of sidekicks, Cap’s former partner Bucky Barnes (Sebastian Stan) has gone to the dark side. He’s now a deadly assassin who goes by the code name The Winter Solider. Barnes won’t be alone in wreaking havoc. There’s also another villain in the fold, by the name of Crossbones.

According to Variety, Crossbones will be played by Frank Grillo. He’s an actor’s who’s been extremely busy over the past few years. He recently starred in Warrior, The Grey and End of Watch. Next on his schedule is Gangster Squad and the highly anticipated Zero Dark Thirty.

Crossbones is a familiar character featured in the Captain America comic. He’s been portrayed as a gangster and henchman for The Red Skull. You may remember Red Skull, as played by Hugo Weaving, from Captain America: The First Avenger.

What do you think of the film’s growing cast?