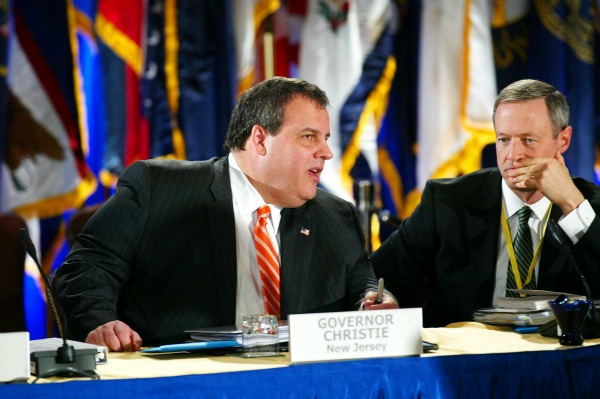 New Jersey Governor Chris Christie normally has nothing but vitriol for President Barack Obama, but today he is praising the president for his swift response to the state’s devastation at the hands of Hurricane Sandy.

More than 2.4 million New Jersey residents are without power today and many coastal neighborhoods are under several feet of water. Three residents of the state were killed by the vicious storm.

“I have to say, the administration, the president, himself and FEMA Administrator Craig Fugate have been outstanding with us so far,” Christie said on Good Morning America. “We have a great partnership with them.”

“He worked on that last night with me… offered any other assets that we needed to help,” Christie said. “I want to thank the president personally for his personal attention to this.”

“I have a job in New Jersey that is much bigger than presidential politics,” Gov. Chris Christie said later on Fox & Friends. “I couldn’t care less about that.”

During an appearance on Today, Christie explained that the president designated the state as a major disaster area during a midnight phone call, making it immediately eligible for federal relief funds.

“I think we’re going to get significant federal assistance on this,” the governor said. “Listen, if I have to make cuts in the budget in other places to make sure that we afford this, I will do it, but it’s too early to tell on that.”

“I think the losses are going to be almost incalculable.”

Hurricane Sandy battered the Northeastern United States last night, causing a total of 94 deaths in the Caribbean, U.S. and Canada.