Are Kendall and Kylie Jenner being physically or emotionally abused inside the home featured on Keeping Up With the Kardashians? Someone apparently thinks so and has called police in an effort to protect the Jenner family’s youngest members. 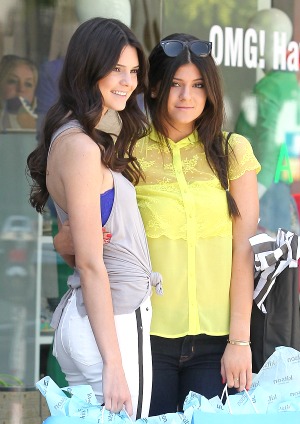 The Jenner family is now officially on file with a case logged by the Los Angeles County Department of Children and Family Services. An anonymous caller believes Kendall and Kylie Jenner, young reality stars thanks to the family’s Keeping Up With the Kardashians fame, are in danger and distress.

While the validity of the Kendall and Kylie Jenner abuse tip was questionable from the start, social services and police are obligated to investigate any and all reports made.

On Friday, several officials paid a visit to the Calabasas home of Bruce and Kris Jenner in order to do a welfare check on their daughters, 16-year-old Kendall and 15-year-old Kylie.

RadarOnline reports an unnamed source confided to them, “Social workers met with the girls individually and determined that they were fine, but out of an abundance of caution, cops and social workers will be making another visit to the house Monday afternoon, before they officially close the case. Under California law, anytime a call is made to DCFS alleging that a minor is in danger, whether of physical or emotional abuse, it must be investigated.”

Speaking of the emotional toll the investigation has taken on the family, a source added, “Kris and Bruce were obviously upset that someone said their girls were in danger, because it’s just not true. Bruce and Kris cooperated fully with social workers and the police. They have nothing to hide, and [they] understand that the authorities are just doing their jobs.”

Not everyone is interested in taking the high road, however. As word of the Kendall and Kylie Jenner welfare investigation spreads, Twitter jokesters are firing off their best wisecracks, most of which have been aimed squarely at the Keeping Up With the Kardashians clan.

“This is sick!!!!! Child abuse is not FUNNY in any way shape or form,” a more serious commenter added. “Get a life pranker.”

Others have commented and taken jabs at “momager” Kris Jenner.

“They aren’t making mommy enough money,” one person wrote, while another tweeted, “Kris Jenner [probably] put the call in herself. #anythingforpublicity.”

What do you make of the Kendall and Kylie Jenner abuse investigation?