Hurricane Sandy shut down much of New York on Monday. But for some, the show must go on. Two late night shows opted to tape anyway, but with no one in the studio audience. 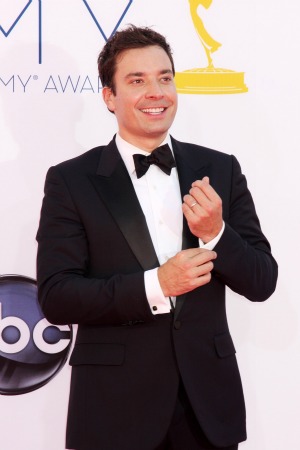 As Hurricane Sandy batters the East Coast, the storm is affecting many things all across the country, and late night TV has announced changes for Monday. Three shows — The Daily Show with Jon Stewart, The Colbert Report and Jimmy Kimmel Live! — decided to cancel their Monday broadcasts.

Jimmy Kimmel‘s show normally tapes out of Los Angeles but happened to be shooting in New York this week, for their Brooklyn week.

“Due to stupid Hurricane Sandy and in the interest of the safety of our studio audience, Jimmy Kimmel Live! will not broadcast tonight,” according to a statement by Jimmy Kimmel.

Both Jon Stewart and Stephen Colbert decided to cancel for Monday as well. They have not said yet whether they will return on Tuesday — it will probably depend on whether or not Sandy has left the area and how much damage it has done by then.

“[David] Letterman’s Late Show on CBS will also tape without an audience on Tuesday,” said Tim Molloy with Reuters. “[Jimmy] Fallon’s Late Night will be audience-free for at least Monday.”

The storm has forced many other closings in the world of entertainment as well. According to Molloy, Louis C.K. had a stand-up show planned Sunday night for New York’s City Center but had to reschedule the date. Broadway also decided to close down — a rare move for them.

Many news programs also stayed on the air constantly. ABC, CBS and NBC all aired special newscasts, many of which went on for longer than the normal evening news. Other news shows extended their time on the air as well.

As the storm passes, many of the shows should return to normal in the next few days. Chances are, David Letterman and Jimmy Fallon’s shows will return again on Tuesday and will welcome in a studio audience as soon as it’s safe to do so. All the shows seem to be erring on the side of safety for their audiences and crew members.