The Office won’t get a new lease on life. Rainn Wilson’s spinoff, The Farm, is a no-go. The actor’s already shot the pilot, which will still air this season. But there’s no series pickup in the future. 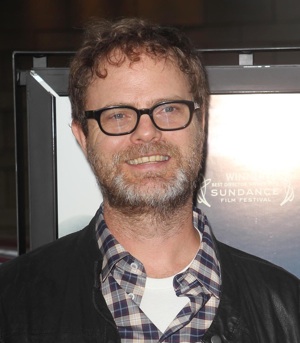 Dwight Schrute won’t outlive his Office peers. NBC has decided not to pick up his spinoff, The Farm, which was completely Dwight-centric.

Once news broke that The Office was wrapping, there was talk of expanding the franchise. Rainn Wilson‘s character seemed like the perfect person to keep the brand afloat. Unfortunately, the network didn’t agree with that.

It’s great that he has such a positive outlook on their decision.

Back in January, the actor was excited about developing the spinoff.

He told E!, “It could be really cool because it would be on his farm, which would be a bed-and-breakfast, and it would have a crazy menagerie of characters. It would be even more far out and weirder than The Office… It’s a good idea.”

According to The Hollywood Reporter, Wilson has already shot the first episode, complete with a new supporting cast. Thomas Middleditch plays his brother Jeb, while Majandra Delfino stars as his sister Frannie. The episode will air during this season of The Office as a back-door pilot, even though the series of which it is a pilot has been scrapped before the pilot’s seen the light of day.

Savor The Office while you can. This year, it wraps its nine-year run on NBC.

Are you upset by NBC’s decision to pass on The Farm? Did you want to see more Dwight?