After the recent issues their lead singer has been through, the band decided to cancel everything until February. But the good news is that one of their next albums will now be released a month early. 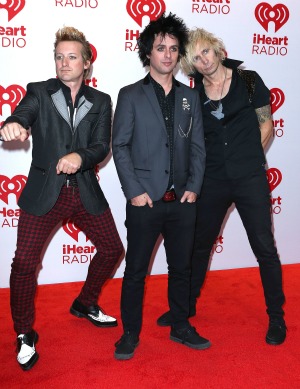 Green Day announced Monday that they have decided to cancel the rest of their 2012 tour as well as postpone their 2013 arena tour. The decision came after a few incidents relating to lead singer Billie Joe Armstrong.

“He says in a statement Monday that Armstrong is doing well in his attempt to shake substance abuse problems that emerged publicly in September when the singer-guitarist had a profane meltdown on the stage of the iHeartRadio Music Festival in Las Vegas,” said the Associated Press.

The band has cleared their schedule up to Feb. 8 and has also decided to move up the release of their album Tre! to Dec. 11. The album is the third in a trilogy of albums and will be released a month earlier than the original release date of Jan. 15, 2013. The album Dos! will still be released on Nov. 13, as planned.

The news isn’t bad, though, and the band wants to make sure everyone knows it’s about Armstrong improving and that they plan to return as strong as ever.

“We are happy to say that Billie Joe is doing well, and we want to thank you all for the outpouring of support and well wishes that we have received, and we can’t wait to see you all again soon,” said Dirnt.

One of the dates the band had cancelled was their performance at the Voodoo Music Festival. They ended up being replaced by Metallica, and that band wanted to honor Green Day during their performance. According to Entertainment Weekly, during Metallica’s encore, they played the opening chords to the Green Day song “American Idiot.”

“We can’t play that song,” Metallica lead singer James Hetfield told the crowd at the festival. “They’re getting it sorted out; hopefully, they’ll get it fixed, because the world needs them.”