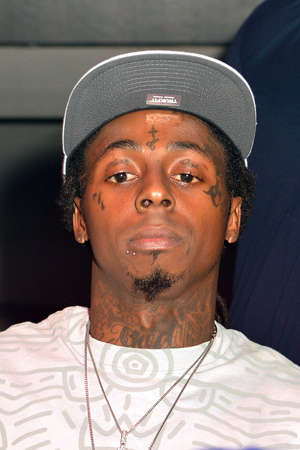 It’s safe to say that Lil Wayne isn’t big among the judicial set. The judge presiding over his current lawsuit criticized the rapper for “unreasonable conduct in the deposition” and accused him of “irresponsible behavior” after he announced that he wouldn’t be in court during the trial, according to TMZ.

Lil Wayne cites his recent hospitalization for dehydration and seizurelike symptoms as the reason why he won’t be in court.

“Lil Wayne will not appear at his trial after suffering several seizure-like episodes, and the only Wayne the jury will see is his video deposition — a depo which the judge said shows he acted like an irresponsible little child,” TMZ reported. “Wayne’s lawyer told the judge he will play Wayne’s deposition tapes for the jury, but there will be NO Wayne in person. But that’s a huge problem because the tapes — which TMZ posted last month — show Wayne acting like a child, giving glib one liners and refusing to answer questions.”

Wayne is suing Quincy Jones III for creating a documentary he says portrays him in a “scandalous” way.

The judge might be onto something with the 30-year-old, though. Wayne’s been whining a lot this year. He sent out a “woe is me” tweet in June when security officials wouldn’t let him into the NBA Finals game in Oklahoma City without a ticket.

“Was going to go to the Thunder game tonight but was denied by the team to be in their arena,” he wrote to his followers.

Officials said that wasn’t the case at all.

“We’d love to have him at a game, but like anyone else, he needs a ticket,” Oklahoma City Thunder spokesman Dan Mahoney said after the brouhaha.

Acting entitled gets you nowhere, Wayne. We’re going to go out on a limb and assume you’ll lose your lawsuit with that sort of attitude.