Road-trippers, vagabonds, beat kids, writers, drinkers and thinkers: Jack Kerouac’s On the Road is nearly here! Today, we get to finally see the official poster. 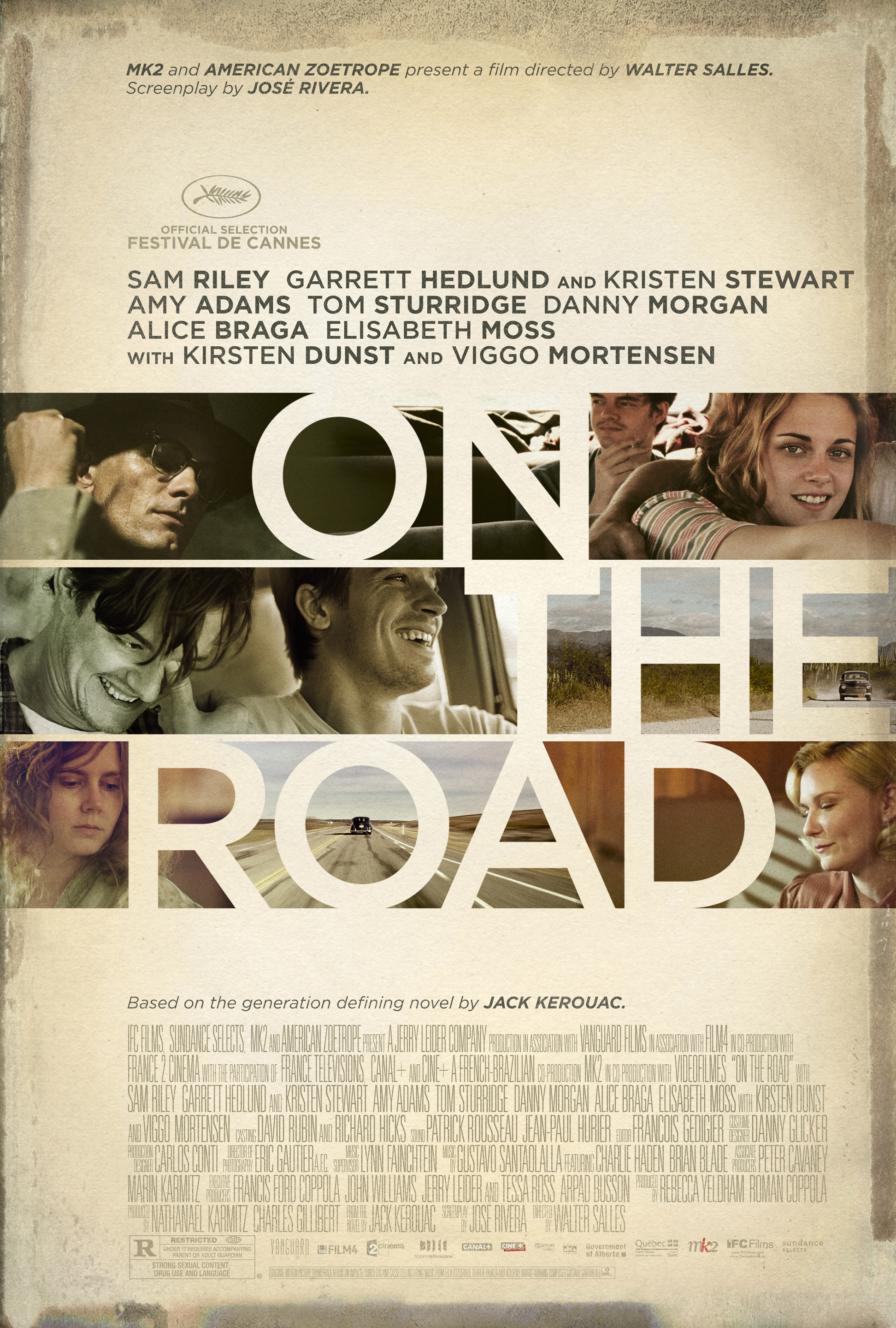 We are thrilled to share any and all news concerning Jack Kerouac.

Today may only mark the debut of the official movie poster release on paper, but it signifies so much more.

On the Road is a story of pure adventure. It’s far more than words in a book and a film adaptation soon to hit theaters this December.

On the Road is a testament to the American Dream, and to the often-unorthodox circumstance and chance that propel us through life alongside new love, friendship and purpose.

It’s a snapshot of the wild blood that flows throughout the pulse of unwavering, unapologetic, unbreakable youth that is so often stolen from our desperate grasp. It’s exploration — both internal and external — in search of the path that takes you away from home and back at the same time.

It is wandering, hoping, dreaming.

Kirsten Dunst and Viggo Mortensen will also be along for the ride.

On the Road is freedom, experience and truth, and we can only hope its film portrayal brings it the justice it deserves.

Call it a grandiose claim, but this movie has the makings to inspire a generation just as the ink of Kerouac has done throughout the years.