Trying to get out of its sophomore slump, NBC’s Up All Night makes some big changes for 2013. 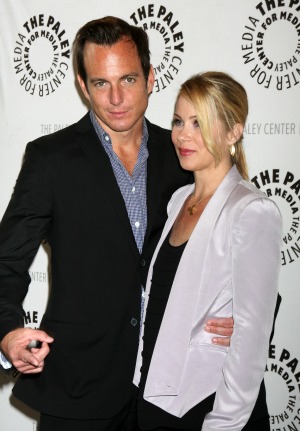 NBC is making some big changes to its second season sitcom, Up All Night, beginning early in 2013. The show starring Will Arnett, Christina Applegate and Maya Rudolph is in a bit of a sophomore slump, so the network decided to mix up the format to see if the audience will respond.

The show has been filmed in a single-camera format which means it has a more cinematic look, and the sitcom uses multiple locations. Current shows that use this format include:  New Girl, Community and Modern Family.

Beginning next year, Up All Night will become a multi-camera sitcom, and will sound different to the audience at home. That’s because the show will be shot on an indoor set in front of a live studio audience. The audience’s laughter will be recorded as a part of the show. Other shows currently using this format are The Big Bang Theory, Last Man Standing and Two and a Half Men.

NBC Entertainment Chairman Bob Greenblatt told EW, “This was an idea we and [executive producer Lorne Michaels] came to in order to infuse the show with more energy. We know what the multi-camera audience does for the live episodes of 30 Rock, plus after seeing both [Up All Night co-stars] Maya [Rudolph] and Christina [Applegate] do SNL within the past few months, we knew we had the kind of performers — Will Arnett included — who love the reaction from a live audience.”

The show was also given an order for three more episodes to bring their season total to 16 episodes. After the cast wraps Episode 11, they’ll take a three-month hiatus as the crew preps the studio for their new multi-camera format for the final five episodes of the season.

The creation of multi-camera techniques is attributed to Desi Arnaz and his cameraman, Karl Freund, during the I Love Lucy run in the 1950s. Arnaz and Freund were told it was impossible to house an audience on a sound stage, but their creation was so successful it set the standard for most sitcoms filmed today.