Hollywood kicked off Halloween 2012 this weekend with a string of parties, and stars from Kim Kardashian to Derek Hough got in the spooky spirit by decking out in costumes. But do this year’s celeb ensembles feel… unoriginal? Take a peek at some of the celeb attire worn this weekend and you be the judge. 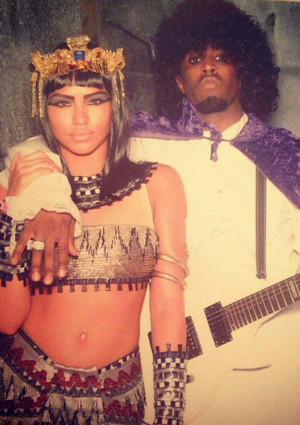 R & B singer Cassie went all out to walk like an Egyptian this Halloween — from her gilded headpiece to her exotic arm cuff, she killed it as Cleopatra. Her party pal P. Diddy, however, opted for a costume inspired by a more modern icon — the artist formerly known as Prince. He rocked out the night Purple Rain-style with a white suit, cape, electric guitar and ‘80s hair. 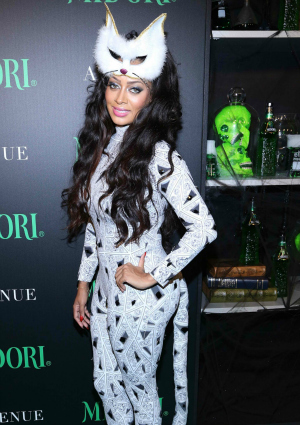 Rocking a fuzzy eared mask with whiskers and a skintight suit with a tail, La La Anthony was no doubt looking feline and fine at the Midori Green Party. But, really, we would’ve liked to see the La La’s Full Court Life star in an ensemble less cliché and more clever than a cat. 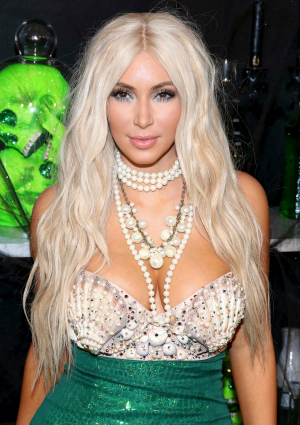 Last year, Kim Kardashian threw on a bright red wig and cleavage-baring dress and went as Poison Ivy to the Midori Green Halloween Party. At the brand’s second annual event this year, she slapped on a wavy platinum wig and cleavage-baring dress and called herself a mermaid — although her neckline was so low, maybe she was actually going as nip-slipping mom Kris Jenner. 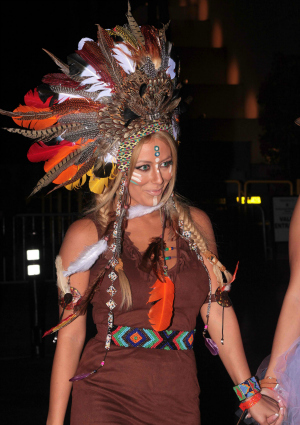 Since Aubrey O’Day is known for wearing some pretty out-there outfits every day, it seemed likely she would don something shocking in celebration of the one night a year it’s actually acceptable to dress like a love child of Phoebe Price and Christina Aguilera. Inexplicably, O’Day exhibited a rare moment of subdued style by dressing up this year as the classic Indian heroine, Pocahontas. 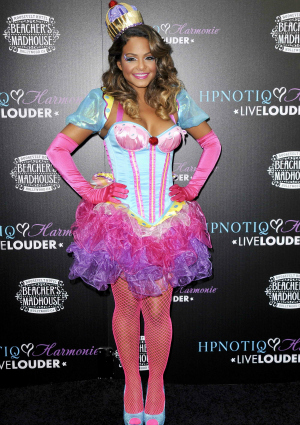 What with the cupcake head-topper and bustier with betwixt-the-boobs cherry, it would appear that The Voice correspondent Christina Milian was channeling a confectionary treat with a grown-up twist. That, or she was paying homage to fellow sweet songstress Katy Perry… because, let’s face it, sexy cupcake and Katy Perry are kind of the same thing. 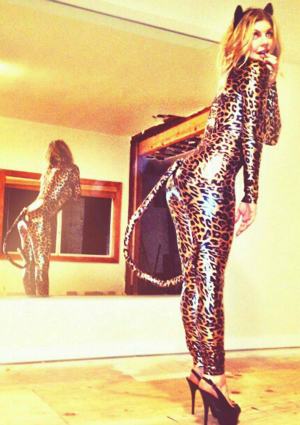 Meeee-ow! It appears as though Fergie had the same frisky idea as La La Anthony when it came time to suit up for Halloween this year. While it may not be the most original idea for a getup, Ferg’s hot hubby Josh Duhamel probably didn’t mind his wifey’s so-tight-it’s-like-a-second-skin leopard leotard. 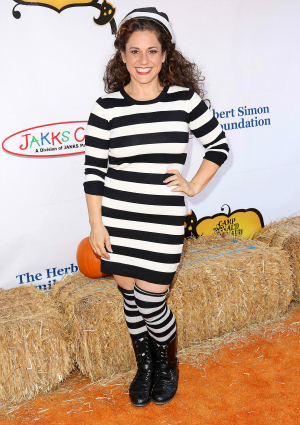 With so many celebrities seeing the inside of the slammer these days, who Melissa Janet Winokur is actually depicting in her jailbird duds is open to interpretation. The upside to wearing a relatively generic outfit? It can be repurposed! If Winokur cuts the sleeves off the dress, she has a cute sleeveless shift for spring!

How to create a Halloween costume using your own closet >> 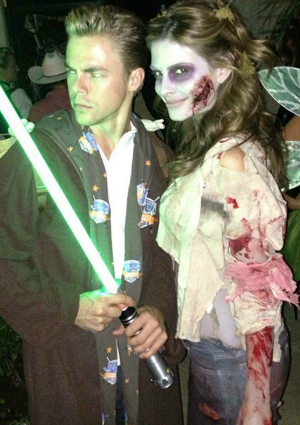 Posing mid-party for a pic, Derek Hough and Maria Menounos make an unlikely pair… he as Obe-Wan Kenobi and she as a member of the bloody undead. Perhaps the simple pairing of two mediocre costumes will inspire something great, like a new installment in the Star Wars saga. May we suggest Star Wars VII: Zombie Apocalypse?

Make Halloween work for you all year >>