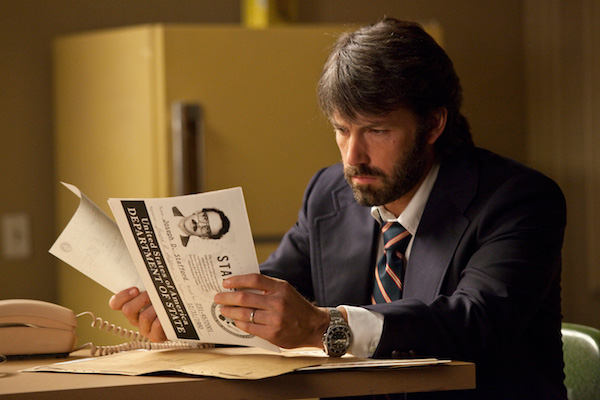 Ben Affleck and his political thriller walked away with $12.4 million this weekend, finally landing a seat in the top spot. Argo profiles the real-life rescue of six U.S ambassadors held hostage in the 1979 Iranian crisis.

The big story this time was the less-than-stellar weekend for the highly anticipated, multi-dimensional novel adaptation Cloud Atlas, starring Tom Hanks, Halle Berry and Hugh Grant. The film landed a dismal $9.4 million in its weekend debut, perhaps in part due to the World Series and a stacked football schedule stealing moviegoers for the better part of the weekend. Regardless, a debut $9.4 million weekend hardly puts a dent in the $100 million that went into producing the film.

Paranormal 4 isn’t maintaining the intended shock value it hoped for, dropping down, ironically, to number four on the list. Paranormal brought in some $8.7 million in its second weekend in theaters.

Here Comes the Boom stayed put from last week, fighting hard for the number seven spot. The film stars funnyman Kevin James as a chump learning to fight mixed martial arts as a means to raise money for a tanking school.

Sinister and Ethan Hawke fell two spots this weekend with their supernatural horror.

Alex Cross suffered a big loss this time around as Tyler Perry and gang moved from number five last week to an embarrassing bottom seat.

Fun Size was sorely disappointing, bringing up the tail. Sad, considering the film got hardly any love this Halloween weekend and it chronicles just that: a group of teens looking to party on the holiday weekend. Starring Chelsea Handler.