Joss Whedon has a very compelling reason to vote for Mitt Romney. Hint: Start hoarding canned goods and shotguns, because the undead are involved. 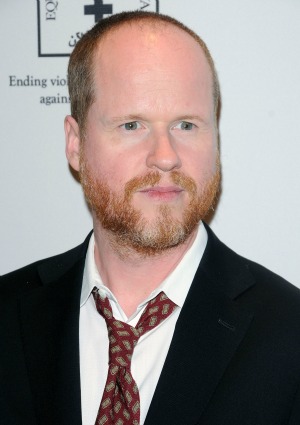 Joss Whedon is changing his political tune. Traditionally a supporter of Barack Obama — he has contributed approximately $111,000 to the incumbent’s campaign and the Democratic National Committee this election cycle — the creator of the otherworldly TV hits Buffy the Vampire Slayer, Angel, Serenity and Firefly now says Mitt Romney is his man.

Why? Because under Romney’s governance the country will be rife for a zombie apocalypse, and nothing would be cooler for the supernatural director.

In a satirical video released on his YouTube channel, Whedon explained, “Mitt Romney is a very different candidate, one with the vision and determination to cut through business as usual politics and finally put this country back on the path to zombie apocalypse.”

“Romney is ready to make the deep rollbacks to health care, education, social services, and reproductive rights that will guarantee poverty, unemployment, overpopulation, disease, rioting — all crucial elements in creating a nightmare zombie wasteland. But it’s his commitment to ungoverned corporate privilege that will nosedive this economy into true insolvency and chaos.”

Meat Loaf is a butcher: Another questionable endorsement >>

“The kind of chaos you can’t buy back: Money is only so much paper to the undead. The one percent will no longer be the very rich — it will be the very fast.”

So remember, a vote for Romney is a vote for zombies, and the undead can’t vote themselves. Zombies for Romney!

The Frankenstorm led by Hurricane Sandy battering the East Coast may hasten the zombies’ arrival. At the very least it has put a damper on the campaign activities of both Romney and Obama, who are battening down the hatches in anticipation of the historic storm.

46 mins ago
by Ellen Niz