When catastrophic natural disasters take place, they don’t discriminate. Celebs need food, water and heat just like the rest of us, right? Not exactly. Here is a look at how celebs with property in New York City are preparing for the worst storm in history*… 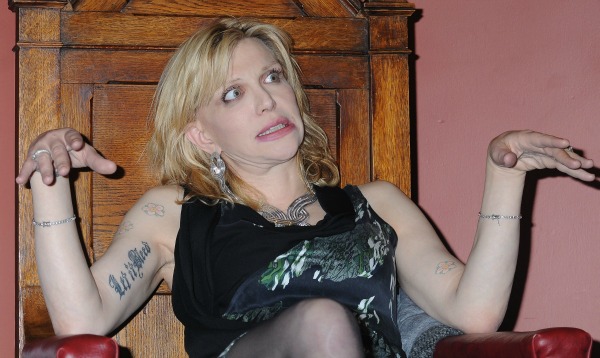 As we all know Courtney Love recently launched her own clothing line. How excited are we about this, since we have long coveted her fashion sense — said no one, ever. Oh, you didn’t know that Love is now a fashion designer? What you also may not know is that Hurricane Sandy is Mother Nature’s reaction to Courtney Love’s “Never the Bride” fashion line, which has the “c” word stitched into the seam. Courtney describes her line as “repurposed Edwardian and Victorian.” We call it repurposed Heroin Chic. She’ll be using Hurricane Sandy as an excuse to “hole” up and rework her designs. 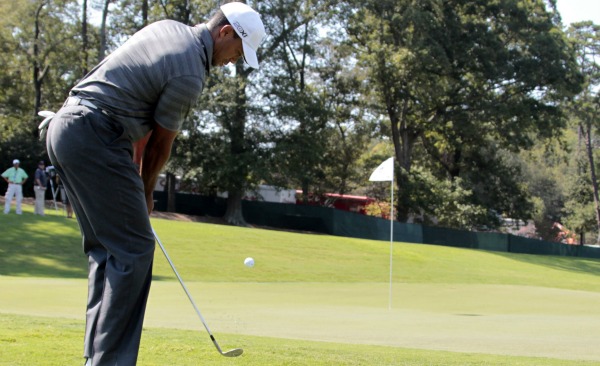 Golf legend Tiger Woods reportedly has a bachelor pad in New York City’s West Village, but he won’t be hunkering down in it with a bevy of babes to weather the storm. Instead, Tiger is in China, where he recently lost an exhibition match to Rory McIlroy. So will Tiger’s former mistress, Rachel Uchitel, be in harm’s way in the condo she bought in NYC? Naw. Maybe the folks she rented the property to are making storm preparations, but $10 million in hush money buys a girl a lot of safe havens. 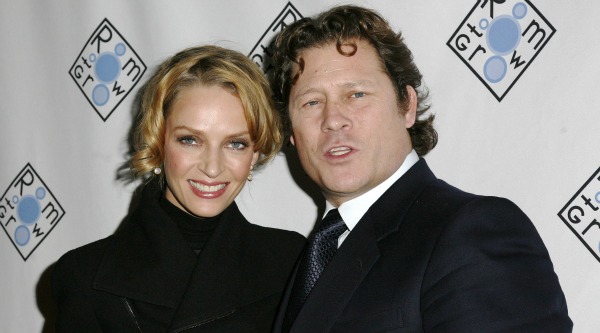 Like most new mothers, Uma is stocking up on diapers. She isn’t terribly concerned about the storm as she and her French financier husband, Arpad Busson, have enough money to rebuild the Big Apple if necessary. It is reported that while they share Hurricane Sandy concern with the rest of the country, they are pissed that meteorologists didn’t pick one of their daughter’s seven names for the storm.

Everyone knows it takes a lot more than the worst storm in history to topple Trump or his towers. If the apocalypse happened tomorrow there would still be cockroaches, the Trump towers, and Trump’s hair. That said, Trump is willing to donate $5 million (be sure to say $5 million like Dr. Evil from Austin Powers: International Man of Mystery) to himself, to make the necessary repairs to his NYC real estate.

As this is being written, John Mayer is inflating a raft in an effort to save his most prized possessions from his swanky New York City apartment. What are those exactly? His guitar? His partially written songs? His various awards? No. Live coverage of the storm caught Mayer on camera loading his library of black books into his life raft, so he doesn’t lose the contact information of the many women he has slept with. These black books are incredibly valuable because they contain detailed notes in the margin, which will enable Mayer to accurately sell out his sexual conquests in his next Playboy and Rolling Stone interviews. Trust us when we say that Taylor Swift has not had the last word in the long-standing grudge match between the ex-lovers.

*This is where we have to explain that we are kidding so celebrities don’t sue us.