It doesn’t get more haunted than The Drake on Halloween, and this year’s bash means someone is definitely going to die! 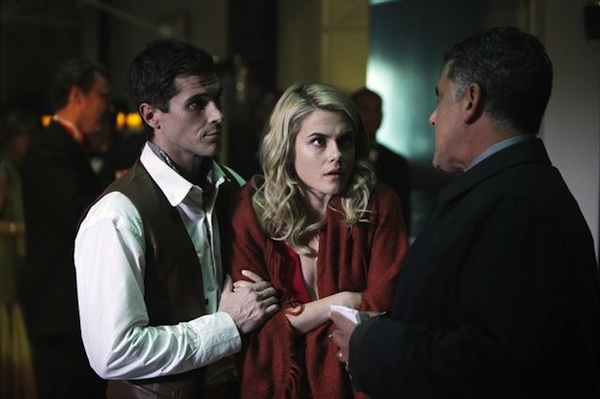 In a random turn of events, could Jane (Rachael Taylor) be related to the Suitcase Ghost Man, Peter? Decades ago, Peter got into some crazy supernatural trouble and “invited evil” into his house. He goes home and Scary Little Ghost Girl is there, but she’s his living, breathing daughter. He then is overcome with a weird eye twitch, tells his wife she’ll be happy in heaven, and kills her with a hatchet. Before she dies, she tears off her necklace and gives it to her daughter and tells her to keep it in the family. And wouldn’t you know, that necklace happens to be Jane’s beloved grandmother’s necklace! Dun dun dunnn!

Gavin (Terry O’Quinn) has been busy making enemies, which is no surprise in his line of work. But, this time, one of them is back for revenge. He’s been text-threatened and the bully even attempted to run Olivia (Vanessa Williams) over with his SUV.

Things get a little out of control at The Drake’s famous Halloween party. Peter recognizes Jane’s necklace as his wife’s and decides he needs to finish the job. He chases her around the scariest places in The Drake because, let’s be honest, Jane hasn’t proven she’s very smart about where she ventures off to in the building (e.g., rooms with blood on doors and creepy stairwells in the middle of the night). Along the way she runs into a stranger who attempts to help her, but only winds up with a hatchet in the back.

Peter finally traps her in an empty apartment, where she tries to defend herself with a box cutter. Well, at least she’s trying. He swings his hatchet at her, misses and breaks a whole in the wall. Suddenly, the flock of birds bursts through the wall and saves Jane. Good thing she didn’t get rid of them that first time around.

Meanwhile, Gavin’s enemy has cut the power in the entire building and kidnapped Olivia. He breaks into the Dorans’ apartment and steals a box from Gavin’s safe. Tony comes in looking for Olivia and nearly meets his own demise when the bag guy hangs him by the throat from the ceiling. Gavin arrives just in time to save him and find Olivia asleep on their balcony with no recollection of anything. Unfortunately, everything is not OK because the box is still missing and Gavin is worried about what will happen next. Really, how much worse can it get? 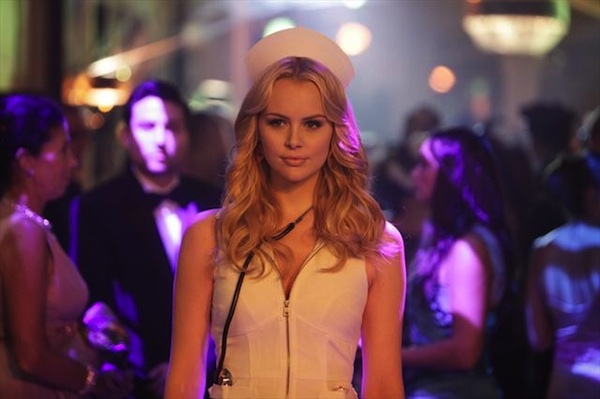 In other Drake-related drama, Brian (Robert Buckley) and Lou (Mercedes Masöhn) are having some real serious issues. After the brutal elevator attack, she is addicted to painkillers and has been spending too much time with a handsome doctor neighbor trying to scam pills. Brian knows nothing about this and naughty nurse Alexis (Helena Mattsson) uses his insecurity to cause a rift between the couple. She steals the doctor’s cellphone and texts Lou “wants you now.” Brian comes across the text and, of course, assumes the worst. Especially after he caught the two sneaking away in an elevator together.

Brian certainly does have cause to hate the doctor because he did try to kiss Lou (even after getting it on with the manipulative Alexis). But, Lou shot him down! She really doesn’t want to cheat on Brian, she just has a drug problem. No big deal. Endless drama, murderous ghosts and living villains, that is one Halloween party I’m glad I missed.

Typical Jane wanders off to places she shouldn’t, stirring up the dead. Here’s a look at yet another one of her bad decisions that led to Suitcase Ghost Man nearly cutting her head off.