Forgiveness is hard for anyone, but it’s especially tough to do when your mother tried to kill you. Can Emily forgive and forget? 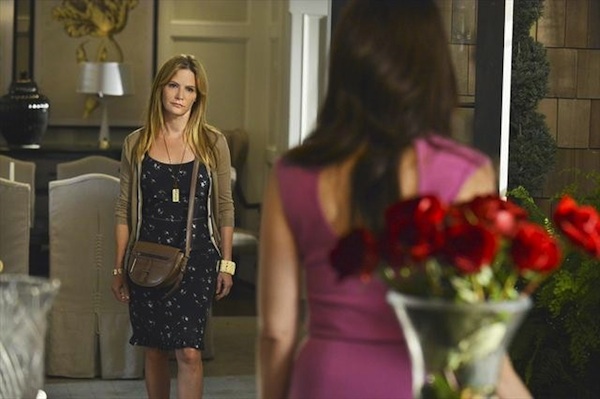 There’s a softer side emerging from Emily (Emily VanCamp), but you have to wonder if it’s a little too late. She’s already deeply wounded those around her. I mean, it can’t get much worse than lying to your BFF about who her baby’s daddy is and then selfishly putting her in a dangerous situation that results in the early birth of her baby! Geez, some accomplishment to put on her friendship résumé.

But, as others around her are suffering from her mistakes, perhaps Emily is starting to realize that forgiveness is better than revenge. Emily’s mother (Jennifer Jason Leigh) is back and her first stop is a visit to Victoria (Madeleine Stowe) Grayson. During a slow motion face-off, I was half expecting some bloodshed (especially with Victoria holding that pair of shears). Instead, Kara Clarke hugs her and thanks her for taking Amanda into their family. A second shocker: Victoria actually invites her to stay at the house! There is definitely some scheming going on behind the scenes on both their parts. 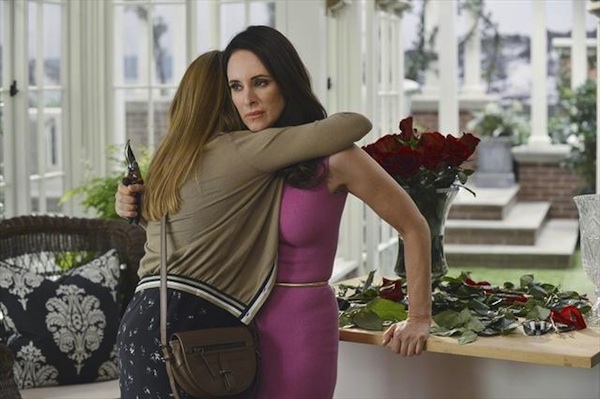 Good news! Amanda woke up from the coma and is sticking around. She’s staying at Emily’s place until Jack (Nick Wechsler) can get the bar situation straightened out, which he is certainly trying to do now that he is completely onboard again with Amanda and their little baby, Carl. Unfortunately, he may be taking the wrong route. He’s considering selling his bar to the man Declan (Connor Paolo) robbed. But, this guy is a shyster for sure; we just don’t know what he’s up to yet.

At Emily’s, Amanda learns the truth that Kara tried to kill Emily when she was little. Afraid for Carl, Amanda agrees to tell Kara that she wants her to leave. When she confronts her, Kara gives her a beautiful speech about how she used to be sick and couldn’t control her actions, so she and David agree that she should go away. Amanda couldn’t help but to tell her she forgives her. 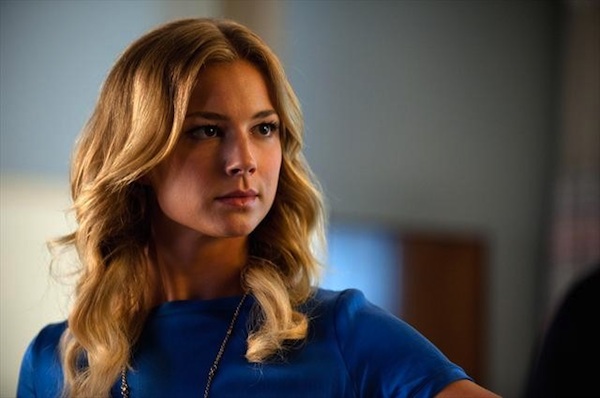 Emily certainly has always had a hard time with forgiveness, but she seems just as moved by Kara’s speech and actually does something good for someone else’s sake (even if it ruins her plan). She tells Amanda that the baby really is Jack’s and Amanda is able to forgive her. This leads her to consider forgiving her mother as well. In the final moments, Kara and Emily stand on the shore together and talk about forgiveness. She admits she wants to forgive her.

If things keep going in this direction, they may have to change the title of the show! But, it is nice to see Emily developing into someone who cares more for others than she cares about revenge. Let’s see how long that lasts!

Ever wonder what the handsome men of The Hamptons are like behind the scenes? Here’s your chance to get a glimpse of some of their hidden talents!