Kristen Stewart sounds like she is excusing Bella for loving two different men in the Twilight series, but does she really believe that in real life? 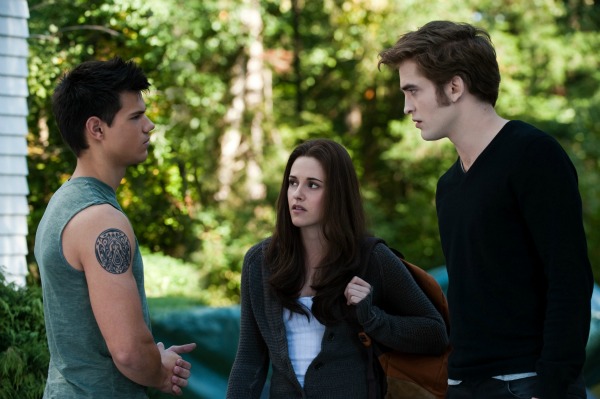 If life really does imitate art, Kristen Stewart should be the poster child. With the final Twilight film coming out in less than a month, the series’ storyline is reminding fans exactly what has happened in the actress’s life over the past few months. Over the summer, she was caught cheating on her Twilight co-star and boyfriend, Robert Pattinson, with her Snow White and the Huntsman director, Rupert Sanders.

But the show must go on, and Stewart is out promoting The Twilight Saga: Breaking Dawn – Part 2. Wednesday, the actress was in Tokyo and started talking about the love affair between her character and Edward and Jacob, but it seemed like she could also be talking about her own life.

“As a woman, I think it’s really important not to discredit feelings,” she said of Bella’s feelings toward both men in the films, according to Us Weekly. “There weren’t too many difficulties with the whole love triangle thing. I mean, she needs Jacob in her life.”

Even though Stewart was talking about her character and the film’s plot, she could almost have been explaining her real life. If she really feels that you should act on your feelings toward two men, then she may not think what she was doing with Sanders was wrong.

She continued the thought and made it sound like the only thing wrong with what she did was how she handled society’s reaction to her behavior.

“If you can get past conventions and what everyone else is thinking, then you can have what you want,” Stewart said, according to Us Weekly. “[Bella, Edward and Jacob] get to a point where they get to have everything, and that’s nice.”

It is possible she was just really talking about the movie and its characters, but her thoughts might be a little too close to what is happening in her real life for us to believe that. But it’s also possible people will be racing to see the film to get a taste of what is going on in Stewart’s real-life love triangle. The Twilight Saga: Breaking Dawn – Part 2 will be in theaters Nov. 16.