The Girls star decided to voice her support over an issue that’s important to her: voting. But in true Lena Dunham fashion, she used sex to do that. 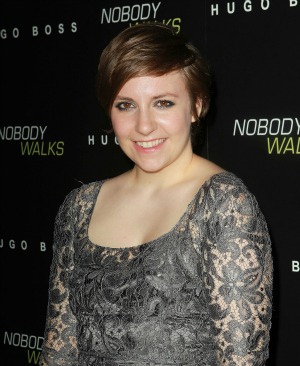 Lena Dunham has never exactly been shy about talking about her sexuality. So when she came out with a new ad in which she started off by talking about what seemed to be that very subject, not much seemed out of place.

“The first time shouldn’t be with just anybody. You want to do it with a great guy,” she said. “Someone who really cares about and understands women.”

She continued by saying that your first time should be with “a guy who cares whether you get health insurance, and specifically whether you get birth control,” among other things.

But as the ad went on, it became clear that Dunham was not talking about sex, but instead about politics. And the 26-year-old actress/writer/director knew who her target audience was.

“Although much of her work unabashedly features Dunham having sex, being rejected by boys, obsessing about her body image, and abusing her parents’ generosity,” said the LA Times, “Dunham’s tongue-in-cheek (among other places) outspokenness has empowered many girls to doggedly embrace their own work-in-progress womanhood, however incomplete or poorly-expressed.”

Over one million people watched the ad on YouTube in just two days, and Dunham felt she got her point across.

“My first time voting was amazing,” she continued. “It was this line in the sand. Before, I was a girl; now, I was a woman. I went to the polling station, I pulled back the curtain, I voted for Barack Obama.”

Some critics have been criticizing the ad, saying it was too explicit for the voting audience, but Dunham tweeted afterward about how important it was to her.

“The video may be light,” she said, “but the message is serious: vote for women’s rights.”

And on Friday, she apparently went one step further in showing how little she cares about her critics.

“It tickles me to no end that while my twitter feed was blowing up with conservative hate,” she tweeted, “I was literally hanging out in a pile of bisexuals.”