How I Met Your Mother is reuniting our favorite witch and werewolf. The CBS sitcom has tapped Seth Green to guest star on an upcoming episode. The actor will share the screen with his former Buffy the Vampire Slayer pal, Alyson Hannigan. 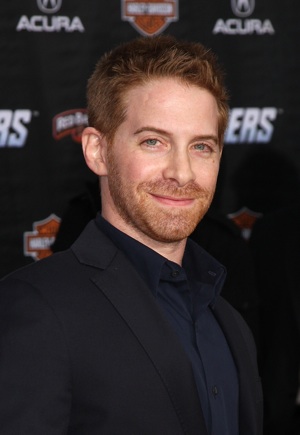 The folks behind How I Met Your Mother must love Joss Whedon. They continue to cast his shows’ alumni for their weekly hijinks. Former Buffy the Vampire Slayer star Alyson Hannigan is a regular on the series, and she’s primed for another reunion.

Back in her Buffy days, Hannigan played Willow, the slayer’s best friend and confidante. On the show, she had her fair share of romances, one of which was with Seth Green. Well, not Green, but his character, Oz. The actor appeared on Buffy from 1997 to 2000. Now, he’s reuniting with his former TV love on How I Met Your Mother.

Alyson Hannigan and Jason Segel talk How I Met Your Mother >>

According to TVLine, “Green’s character Daryl LaCoutre considered Lily (Hannigan) and Marshall (Jason Segel) his best friends in college. However, they barely remember the guy. Despite the discrepancy, Daryl is still living in their college town and is creepily obsessed with having the new parents in his life.”

How I Met Your Mother premiere promises a game changer >>

The show has also tapped stars from Whedon’s other shows, including Amy Acker (Angel, Dollhouse) and Morena Baccarin (Firefly). Who else are they going to bring out of the woodwork?

Are you psyched to see Hannigan and Green together again?