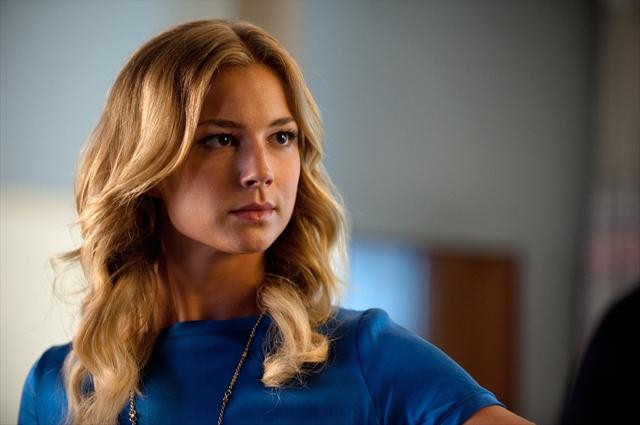 Still need to catch up on Revenge? Don’t have time to sit through the entire hour before the next episode? There is a funny and extremely adorable solution to that problem.

Meet Emily, Charlize, Mason and Madeline. Where they came from or who they belong to is a mystery. However, whoever owns them decided to let them sit through an episode of Revenge. Afterward, ABC let the cameras roll while the four cuties recapped the entire episode. Hilarity ensues.

“The girl was washing the floor,” Emily starts.

“Then she squeezes it into the little bucket,” Madeline adds, referring to the bloody rag.

Next we see Victoria scrunch up a letter (possibly) and a check and throw them into the fire. There’s a bit of a debate. Was it a bill? Was it money? Or was it… a piece of paper?

“What was the paper?” Charlize pleads.

Later, Madeline and Mason act out a scene between Amanda and Emily. Dramatic body language is included. Lines are misheard and misinterpreted. Cliché lines and dramatic effects are completely lost on at least two of them.

And who is supposed to be dead, anyway? Is it Emily’s (Emily VanCamp) father… or mother? It’s so hard to keep up.

Whether you actually know what’s going on with Revenge or not, the video is pretty cute. If you’ve got five minutes to waste, watching Revenge from a Kid is the way to spend them.