Arnold Schwarzenegger’s career is moving full speed ahead. The actor will reprise his role as the iconic hero Conan the Barbarian. The 65-year-old plans to star in the new sequel, The Legend of Conan. 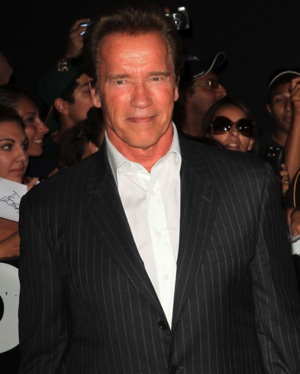 Arnold Schwarzenegger‘s returning to familiar territory. The actor will headline the action film, The Legend of Conan. It’s been 30 years since Schwarzenegger first played the literary hero.

The new film will completely disregard the 2011 reboot starring Jason Mamoa, as well as the 1984 sequel Conan the Destroyer. It will be a direct follow-up to 1982’s Conan the Barbarian.

Producer Chris Morgan told Deadline, “After the original seminal movie, all that came after looked silly to me. Robert E. Howard’s mythology and some great philosophy from Nietzsche to Atilla [sic] the Hun was layered in the original film… This movie picks up Conan where Arnold is now in his life, and we will be able to use the fact that he has aged in this story… We think this is a worthy successor to the original film. Think of this as Conan’s Unforgiven.”

Arnold Schwarzenegger is coming back to the big screen >>

Schwarzenegger has no problem playing the character as a senior citizen. After wrapping up his stint as governor of California, he’s been anxious to get back in theaters. “I always loved the Conan character and I’m honored to be asked to step into the role once again,” the actor said. “I can’t wait to work with Universal and the great team of Fredrik Malmberg and Chris Morgan to develop the next step of this truly epic story.”

Before grabbing his sword and loincloth, Schwarzenegger has a couple other films on the horizon. Next year, he’ll appear in The Last Stand, followed by The Tomb alongside Sylvester Stallone.

Are you interested in an older Conan the Barbarian?