We can’t be the only ones who are excited for the election to come to an end. Romney and Obama have got to be exhausted by now, and are probably looking forward to the day their celebrity “friends” don’t help quite so much. Meat Loaf’s horrific rendition of America the Beautiful had us almost feeling sorry for politicians, but opened the “favorite massacres of patriotic songs” door for us. Enjoy… 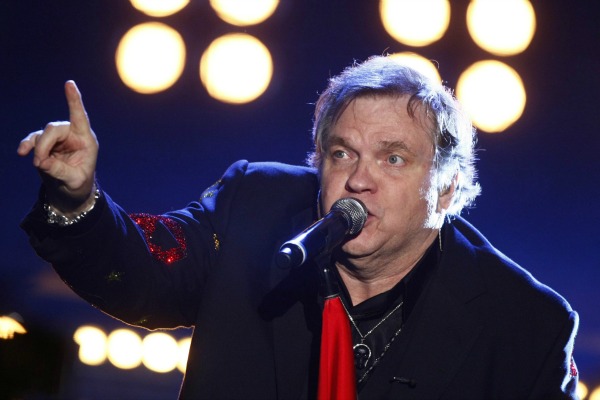 Painful. Just painful. When we think of meatloaf we think of a bulky, greasy mess comprised of questionable ingredients and served to us when Mom ran out of ideas. The comparison is not dissimilar when we watch with horror as Meat Loaf wails his way through America the Beautiful. Mitt Romney has a look on his face that says, “How the hell do I get off this stage gracefully? I knew I should been more skeptical when I saw my campaign manager having lunch with Obama!”

Obama to Madonna: Could you just not? >>

You know how people always ask what you were doing during important events in history? When Christina took liberties with the national anthem lyrics, most of us were in the kitchen piling on the snacks for the first phase of our gluttonous Super Bowl feeding frenzy, listening to Christina in the background. About 1 minute and 19 seconds into the performance, we heard something that damn near made us drop our Lil Smokies on the floor as we whipped around and said, “What the hell did she just say?” She later explained her flub-up on Ellen, saying that she got wrapped up in how far she had come from her days of singing the national anthem when she was 8 years old. Okay. Why can’t she just say, “Hey, it’s a really hard friggin’ song to sing and my extensions were sewn in a little tight that day, constricting the blood flow to my brain.” There. Was that so hard?

You only have to wait about 48 seconds into this wickedly satisfying national anthem disaster for the punch line. Even though most of us memorized the words to The Star-Spangled Banner the first week of kindergarten, Michael Bolton has to look at his hand. As much as it kills us to play nice and not be completely snarky, we’ll allow that the national anthem is a difficult song to sing, and we can see where nerves may get the better of a performer. But writing the lyrics on your hand? And then looking at them? It just puts Bolton in the same category as the little weasel in second grade who always looked at our paper during a spelling test. Makes you wonder if Bolton even spelled “were” correctly on his hand.

Maybe Steven watched this clip, and that’s why he decided to quit American Idol. Perhaps he thought, “Wow, if I got up and auditioned with The Star-Spangled Banner, I’d never make it past the first cut.” Okay, that’s kind of harsh, but kind of true. Steven is a legend, and is unstoppable at what he does well — it just so happens that singing the national anthem is not one of those things. Watching him scream at the end makes me glad I wasn’t born as Steven Tyler’s vocal chords. Ouch!