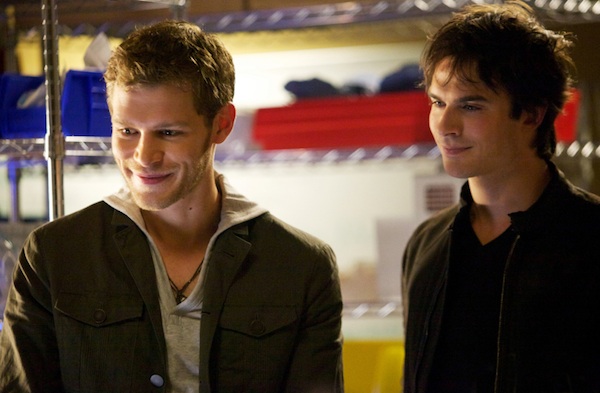 Elena (Nina Dobrev) is having a tough time being a vampire. She’s not good at it yet. Her emotions are out of control. She can barely feed, or else she overfeeds on Matt, and she’s just dying to kill someone. And right now, that someone is Rebekah (Claire Holt).

When Rebekah helped save Elena when she was transitioning into a vampire, that didn’t mean she was turning over a new leaf. Nope. It is her goal to be cattier than ever and focus all that energy on Elena. And that doesn’t seem like the safest target right now since Elena is turning into an out-of-control murderous vampire. Things got pretty heated with the girls when Rebekah stabbed Elena with a pencil then confronted her in the bathroom with a bitten girl to feed on. This feud doesn’t look like it’s going to be resolved any time soon. 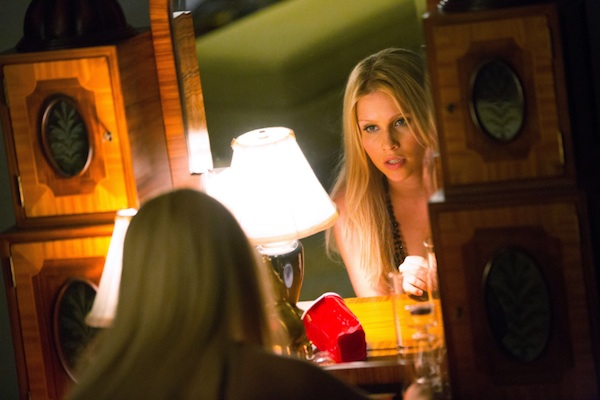 Stefan (Paul Wesley) really wants to help Elena enjoy this time since some of her more pleasurable senses are on overdrive as well. But, he’s afraid if he gives in even for a moment, then he’ll be unleashing the dangerous Ripper. Despite what everyone else says, Damon (Ian Somerhalder) seems to be the only one in this love triangle who can control himself.

Speaking of Damon, he’s on a mission to take down the dreaded Vampire Hunter, Connor. Connor tells Jeremy (Steven R. McQueen) that he’s called to be a Vampire Hunter as well since he was able to see his invisible tattoo. He wants to take Jeremy under his wing to teach him exactly what to do to rid the world of evil bloodsuckers. Jeremy plays along, but leads him right to a trap at the hospital where Damon and Klaus (Joseph Morgan) are waiting. Connor is struck with arrows attached to bombs (one of his own creations used against him) and just before he blows up the place Klaus utters in surprise, “You’re one of the five.” Oh, the mystery! 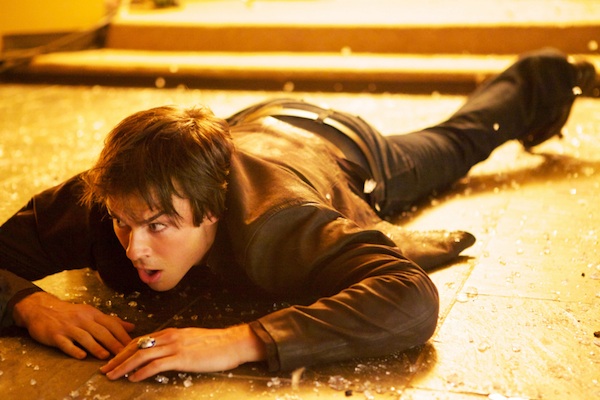 Now, Damon and the rest of the town think they’re safe from Connor, who was blown to bits. However, Klaus actually rescued him (he is so super-fast) before the explosion. He wants to keep him alive to get some answers, but even Connor doesn’t seem to know what this five is that he’s talking about.

Maybe it’s her new animalistic instincts, but Elena is really setting herself up for some trouble in her relationship with Stefan. Instead of reaching out to her boyfriend, who is desperate to help her ease through this transition, she goes to Damon for vampire lessons again. Of course, he’s happy to stick around town as long as she needs him. But, now she’s just being cruel. I mean, suck out the lives of the living all you want, but don’t toy with the hearts of the dead.

This isn’t the first time Damon has come to Elena’s rescue this season. In case you missed the blood bath in the Church’s bathroom last week, here’s the messy clip for you!