Cat and Vincent flirt with danger when he threatens their safety to help with a case. But, is the military already on to these two? 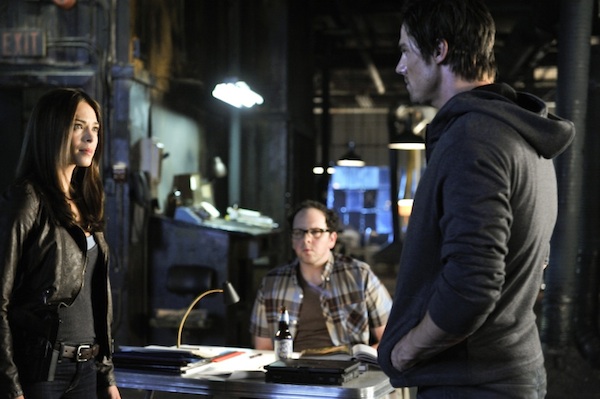 First off, I think we all know this show should not be called Beauty and the Beast. At best, it’s Beauty and The Guy With The Occasional Bad Temper. Despite Vincent Keller’s (Jay Ryan) desperate attempts to warn Detective Cat Chandler (Kristin Kreuk) about this bad temper, she still manages to push him to the brink and then scold him for it.

Detective Cat definitely wants to have her cake and eat it, too, but she isn’t being realistic about the limitations this relationship she can have. Let’s think back to last week when Vincent disappeared and moved away just so she couldn’t find him anymore. That’s not a subtle sign that she needs to back off. But, she still isn’t listening. She hunts Vincent down through JT and even shows back up at the warehouse uninvited on multiple occasions. This guy has patience like a saint.

Vincent also possesses other saintly qualities, like the desire to help and heal people. Although he fights this urge daily and most of his and Cat’s arguments are just circling debates on this issue, he can’t seem to help but get involved when Cat needs him. Especially when she lays on the guilt. So when Cat gets wind that an innocent woman has most likely been set up, she reaches out to Vincent for help.

She begs him to take care of the woman’s sick sister who is in the country illegally and could get deported. He helps her. She begs him to help her prove the woman is innocent. He helps her. But, when he uses force to get answers from a suspect, Cat flips the script and tells him he needs to back off. It’s this kind of behavior that gives women a bad name. 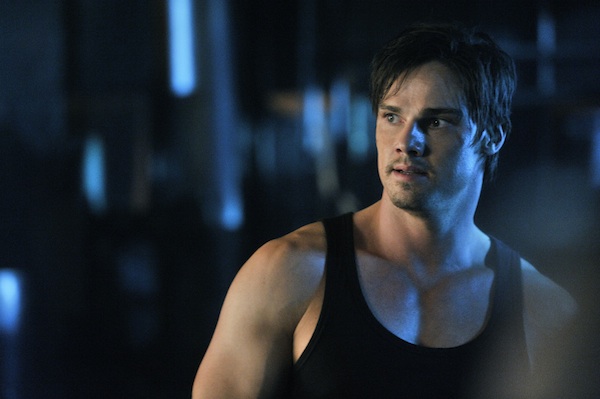 Back at the precinct, Cat’s elusive behavior is also giving her a bad name. She disappears, investigates on her own, goes behind other detectives’ backs, and disobeys direct orders. This inevitably leads to her suspension and her partner Tess is demoted to desk duty for the rest of the month. She is not very popular around there at the moment.

Luckily, Vincent doesn’t back off as he was ordered to. Instead he solves the case and captures the bad guy. He ties the suspect up in the basement of a building and waits for Cat and the other officers to arrive to arrest him. When they show up, he tries to escape through a window, but it’s been barred off. Being trapped in the room leads to a beastly outburst. This time he evens growls a bit. But, of course, Cat is able to calm him down with just a few logical phrases. See what I mean? He just kind of has a bad temper… and some fangs. 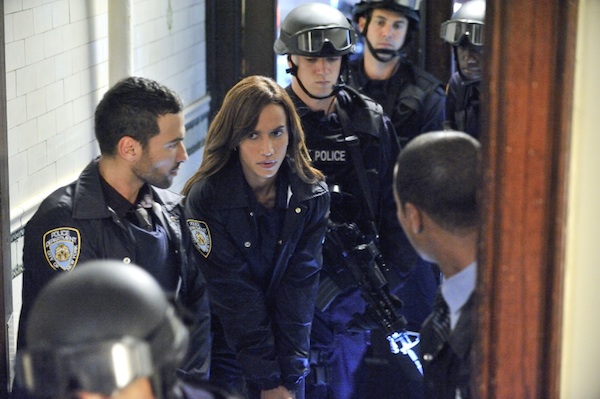 At the end of the day, the bad guy is arrested and the good guys win. Even Cat and Tess (Nina Lisandrello) and praised by their boss for their good police work. Vincent and Cat share another quiet moment alone where they compromise in order to keep their new relationship going. She won’t show up to his warehouse uninvited and he gives her his number to a burner cell phone. Cat is finally coming to terms with the fact that she can’t have a normal relationship with Vincent. It’s more like dating a married man.

Also, the villains in the suits got a hold of Vincent’s DNA from the police station and they are well aware that Cat has been in contact with him and will lead them right to him. See, Cat! This is what JT and Vincent were talking about!

Hear what stars Kristin Kreuk and Jay Ryan have to say about working on Beauty and the Beast!