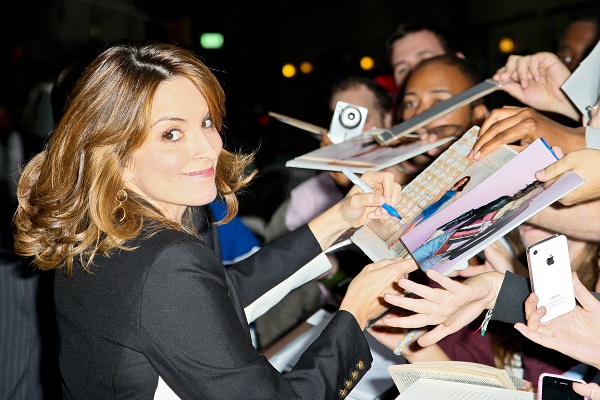 Tina Fey has always been outspoken and funny. This week the 30 Rock star had the chance to show off those traits at the Center for Reproductive Rights’ Inaugural Gala.

During her speech, she talked about how difficult it is to have a serious conversation about a woman’s rights over her reproductive organs. In her signature sarcastically funny style, she attacked Rep. Todd Akin’s comments about rape and pregnancy from earlier in the year. Her annoyance and exasperation over the issue came through in her speech.

Akin believes that when a woman is raped, she is stressed out and her reproductive system shuts down, preventing her from getting pregnant. His comments suggest that a woman who claims she’s pregnant due to a rape actually had sex willingly. It’s a tactic used by those opposed to abortion even in cases of rape or incest.

The Gala was an effort made by the Center for Reproductive Rights to support their Bill of Reproductive Rights. The bill demands that women be allowed to make their own decisions regarding their reproduction system. It says that safe, affordable and readily available reproductive health care (including pregnancy care, contraception, preventative treatments, abortion and fertility treatment) are a basic human right and should not be denied to anyone. The bill is available for the general public to sign at DrawTheLine.org and iPads with the website loaded were passed around throughout the night so that guests of the gala could sign.

The Center for Reproductive Rights was founded in 1992. It is the only global advocacy group that is dedicated to defending and advancing reproductive rights. The organization works within the U.S. Constitution and global human rights laws to continue pushing for the legal protection of reproductive rights across the globe.