Lark Voorhies is one of the Saved by the Bell cast mates to disappear after the show ended. But with the way she has been acting lately, she may soon hope she had stayed hidden. 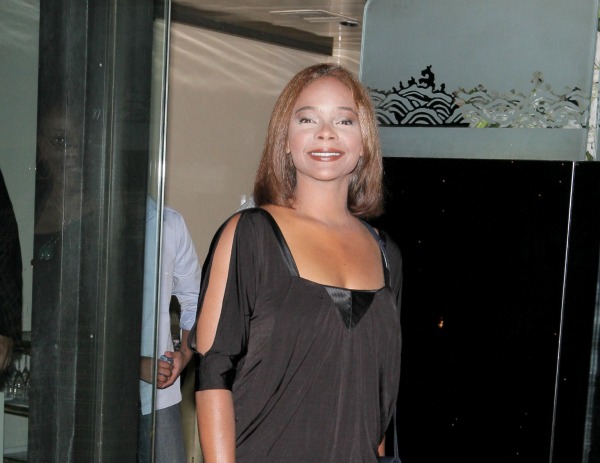 It looks like former child star Lark Voorhies may have gone off the deep end, and she is taking a whole bunch of commas with her. The former Saved by the Bell actress has remained largely out of the spotlight since the show ended, but she has been in the news recently over a viral video and a fight with her mom.

Voorhies did a series of interviews with People recently and acted strangely, to say the least.

The magazine said she would “frequently stop mid-sentence and stare off, often mumbling to herself or to others who weren’t there.”

Her mother has voiced concern about her daughter as well.

“There are things that have traumatized her,” says her mom, Tricia. “I care deeply about my daughter, and I want her to resume her life.”

The mom and daughter share a house together in Pasadena, California. But Voorhies said that while her mom worries about her, she shouldn’t, because she is doing fine.

Lark has been working on “low-budget indie productions, recording music and self-publishing her own books,” said People.

But the books are also strange. The introduction for her book Trek of the Cheshire describes the author, in her own words (and note that the odd punctuation is hers, not SheKnows’).

“Lark Voorhies, styles, a, wondrous, realm, A mystical liberation of enlisting proportions. Lark Voorhies, spans to, reengineer the Abominable, American, Woman! Reinstalling, the faith, into, the, known, variable, Lark Voorhies, gloriously, resurrects, the victored, Phoenix, compelled, and, complete, unto, awaited, timelines, there, unthwarted,” it said, according to Gawker.

But that is only about one-fifth of the introduction — it just keeps going, and the entire thing encompasses that many commas. Gawker also said the other books she has written are filled with commas, in the same fashion.

But even if you were to ignore her bizarre writing, how does Voorhies explain the distracted interviews with People?

“I have a strong spiritual sense,” she told the magazine. “You caught me in moments of pray [sic].”